It has been a very interesting day, to say the least. The early shipping forecast for inshore waters at Wight was E 4, increasing 5/6, showers later, moderate or good.

With that prospect in view I made sail immediately after breakfast. There was no time for a shave. I put one reef in the main, and no jib. We ran through South Deep, following it around to the west of Green Island. From there until we were in open water to the NW of Brownsea Island it was a matter of tacking through the channels. To make headway in the Lee of Brownsea Island I had to unroll the jib a little.

South of the Continental Freight Ferry Terminal where Condor was berthed I put in a second reef. Wind was against tide, making it a bit bumpy. No other boats were sailing. The time was 0830.

To slow the boat down I handed the main and ran before the wind as far as the River Piddle, which is also named the Trent. From there the channel narrows. One mistake and you are on the mud.

Just inside the Frome I found a moored Invicta to which I rafted 'Sandpiper'. There the boat was sheltered from the wind - a snug place to stay until the early high-water on Sunday morning. There was a price to pay however, because all afternoon there was a continuous procession of all manner of craft buzzing up and down the river.

I had a pleasant surprise when the owner of the Invicta turned up and introduced himself. We chatted for quite a while.

This evening things have quieted down. Only a few passing vessels spoil the silence. Silence, yes, a whispering silence as the reeds sway to and fro making a soothing sound not unlike that of a distant waterfall.

PS The photos are of things seen today. 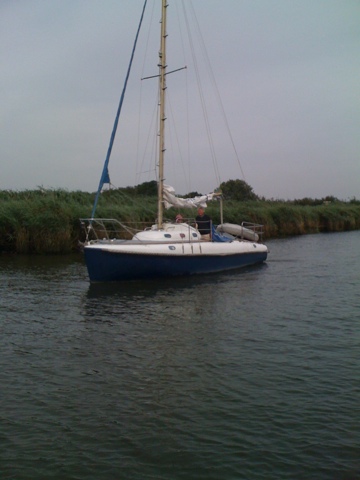 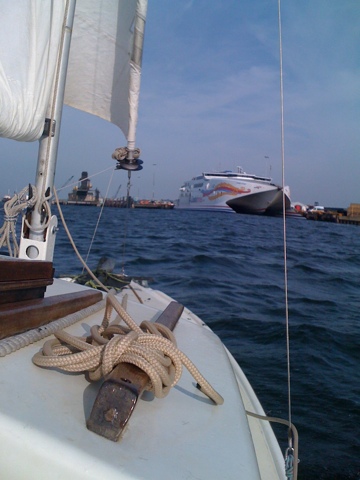 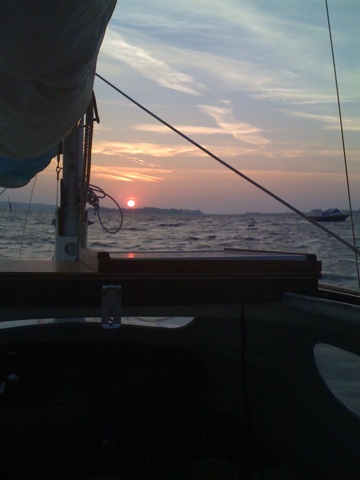 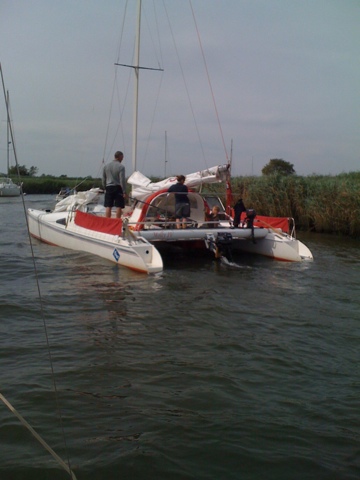 Posted by William Serjeant at 6:43 pm