The time is 0910 and 'Sandpiper' is still anchored at this beautiful spot by Cleavel Point. There was no lovely sunrise this morning; instead, low cloud threatening rain. In the cockpit I stripped for a cold water body wash and a shave. No sooner than I returned to the cabin PE 755, a small fishing boat, almost came alongside and set her net in the main channel. I watched with interest, because having buoyed each end of the net, the skipper raced his boat around in circles to one side. I can only assume he was trying to frighten fish into swimming into the net. Then he and his crew hauled the net in, but I did not see a single fish! The whole procedure barely lasted half-an-hour.

While washing up the breakfast dishes in sea water, as I usually do to conserve water, a total of 19 geese swam towards shallows where they stood preening themselves. Almost immediately it started to rain.

Thankfully, having sorted myself out for the day, I retired to my bunk for a session of quiet reading. This truly is a wonderful retreat - just as I had hoped.

By 1130 the rain stopped and I made sail. A light northwesterly wind was ideal for pottering to the Town Quay at Poole to look at the public landing facilities.

To the northwest of Brownsea Island a vessel was working over the shellfish beds. At first I thought she was dredging, but then it dawned on me that she was lifting shellfish. Further on there was a fleet of Lazer dinghies racing at Middle Mud, to the south of Poole Yacht Club.

Landing at the town quay was by ladder, primitive at best, with no floating pontoon, only a plank to keep the boat from coming into contact with the quay. Instead of landing, I thought I would try stemming the tide for a beat upriver towards Moriconium Quay where there is a Marina village, but the wind was too light for the boat to make headway. By then the tide was ebbing fast, and I didn't fancy starting the engine. The only sensible option was to sail back to Cleavel Point, which is by far the best anchorage when the wind is from the west or southwest. I did think of continuing to Goathorn Point; however, the wind petered out and just as I was preparing to anchor where 'Sandpiper' was before, a tripper boat came by. In an endeavour to keep clear, I took 'Sandpiper' the wrong side of channel buoy causing her to touch bottom. I lifted both the rudder and the centre-plate; then by vigorously paddling astern managed to float her off.

It was time for afternoon tea; therefore I anchored in almost the same place as before, but in slightly deeper water. Three yachts motored by, including 'Jade', an interesting trimaran, not unlike a 1960s plywood Piver.

Nothing of any significance has happened since anchoring. I'm looking forward to tomorrow because I am expecting a crew to join me for a few hours. 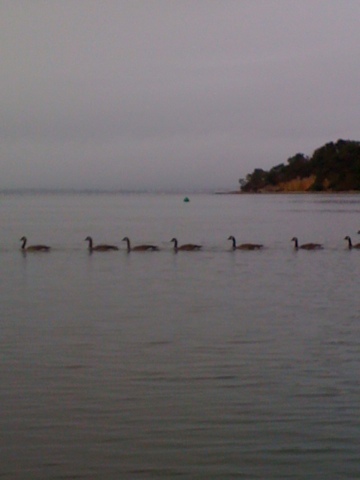 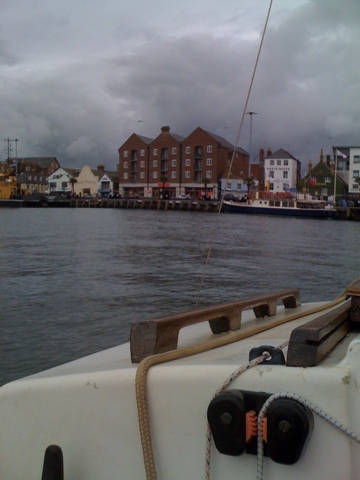 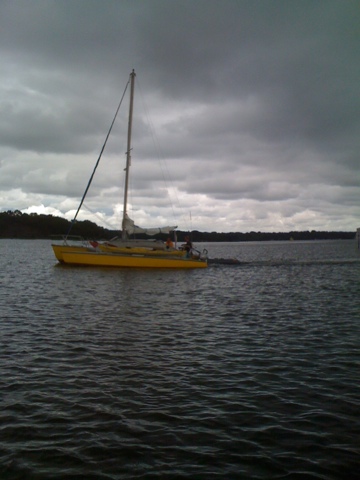 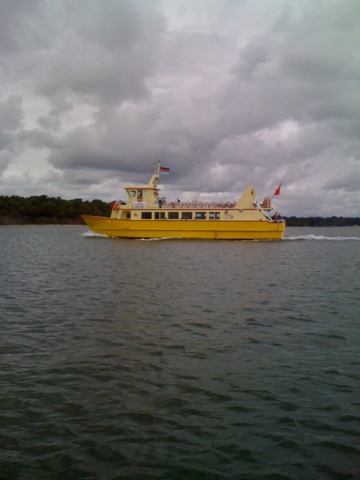