Yesterday I mentioned that I had taken photos of 17 entries at the Maritime Ipswich Festival. To date I have posted photos of seven of them. Here are a few more. 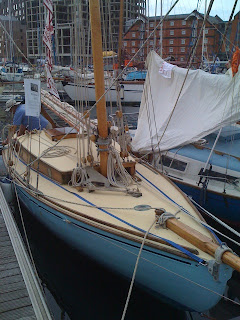 ‘Kelpie 11’, is a pretty double-ender designed by Pain-Clark who also designed ‘White Moth’. 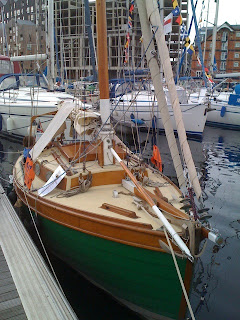 ‘Mollie Cobbler’ was designed by Paul Fisher on the lines of a Mevagissey Tosher.  She was not the oldest boat at the Festival, since she was built by the East Coast boatbuilder, Fabian Bush in the year 2000. 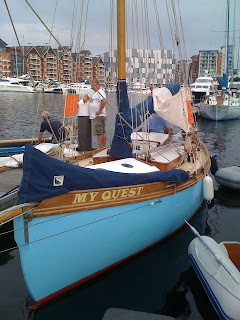 The 23’ gaff cutter, ‘My Quest’ was built by Ernest L. Woods in 1930 at Horning, Norfolk. Her home port is Woodbridge. 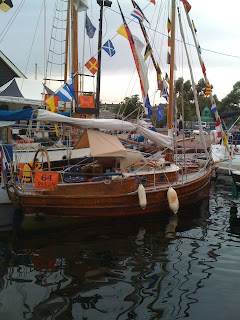 I know very little about ‘Snoopy’, but she’s an attractive pocket yacht with bags of character. 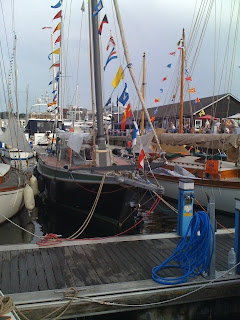 ‘Crow’ is a one-off.  In the words of her owner, she is the result of a lifetime’s sailing experience built into his ultimate yacht. I must say she has a functional appearance. I was particularly interested in her pivoting staysail boom, complete with control lines for running and for self-tacking. 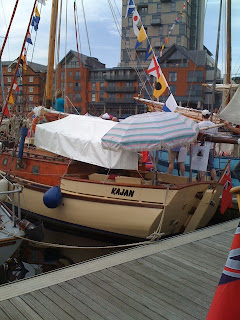 The lines of 'Kajan’s' hull were copied from Joshua Slocum’s ‘Spray’. She was built by John Brown at Gillingham. Her current owner cruises her along the Kent and Essex coasts. He says she is ideal for creek crawling because of her shallow draught and flat bottom that enables her to sit upright when dried out. 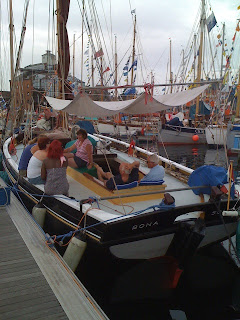 ‘Bona’ is an immaculate 36’ Bawley built by Aldous in Brightlingsea in 1930. I note that her port of registration is Southend.


Posted by William Serjeant at 4:34 pm

Crow is a local boat at Faversham where we sail. I think I remember being told that she was designed by Phil Bolger.

Unless I've got the wrong boat!

The owner told me she was modelled on the lines of a Bolger boat, but I cannot remember her name.