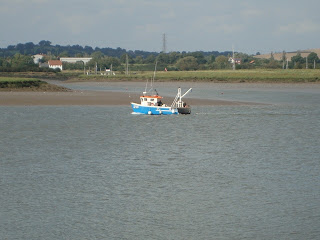 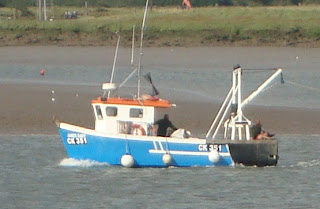 Yesterday, 28th August, 2012, for a bit of exercise and moments of quietness, I took a walk beside the River Crouch at South Fambridge. This is my favourite place for walking. There I saw something that I had not seen before, two motor fishing boats dredging, possibly for oysters. Technically, the season for dredging oysters begins on 1st September and continues for months containing the letter ‘r’, although Native (local) oysters can legally be sold between 4th August and 14th May. 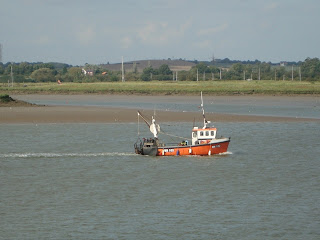 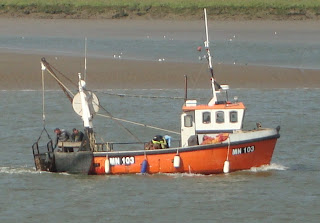 There has been some concern* that the oyster population is close to collapse through over-dredging, and a ban has been agreed between the Essex Wildlife Trust and the Blackwater Oysterman’s Association, ratified by law. The Kent and Essex Inshore Fisheries and Conservation Authority has placed a prohibition on the taking of Native oysters (ostrea edulis) from an area defined in their website. (See note below.) As far as I interpret the banned area, it includes the Rivers Roach, Crouch, Blackwater and Colne. 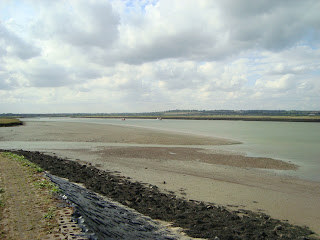 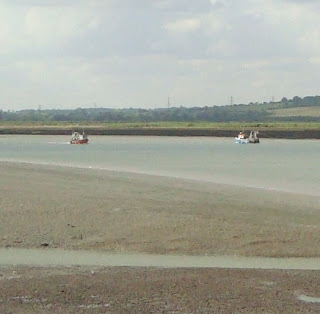 I personally do not have a penchant for oysters, but I am startled by the fact that an Essex oysterman has claimed** to have sold 20,000 Rock oysters a week and 200,000 Native oysters a year.


Here’s an extract from the Kent and Essex Inshore Fisheries and Conservation Authority website:


The Kent and Essex Inshore Fisheries and Conservation Authority has implemented a prohibition on the taking, removal or disturbance of any Native Oyster (ostrea edulis) from within the following defined area under its Shellfish Beds Byelaw.


Oysters of the River Crouch and River Blackwater

Posted by William Serjeant at 4:09 pm

Thank you. You are welcome.