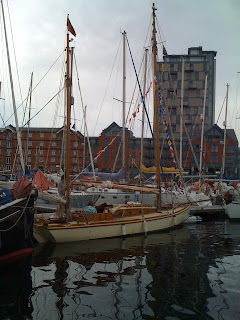 I hadn’t expected I would have so much fun at the Maritime Ipswich Festival. The mood among participating yachtsmen was infectious. Enthusiasm for their boats was evident by responses to my questions. Here was a group of individuals united by having a common passion for maintaining and sailing their diverse vessels. I didn’t see an identical yacht. Yes, there were similarities between a few of them, notably the Smacks, but even they differed in hull form and sail plan. 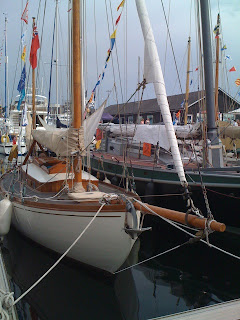 I took photos of 17 entries to the Festival, and as I mentioned yesterday, my favourite yacht was ‘White Moth’. The 1927 gaff yawl, ‘Charm’, built in Dublin to plans according to Albert Strange came a good second. A. Richardson built her for the marine artist Robert E. Groves. She was almost identical to ‘Sheila 11’ sailed single-handedly by Adrian Hayter to New Zealand. He documented his voyage in his book, ‘Sheila in the Wind’, a thoroughly entertaining and instructive account I highly recommend.


Here are a few of the photographs taken with my iPhone, including another of ‘White Moth’, and one of ‘Charm’. (Above) 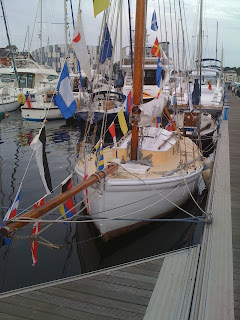 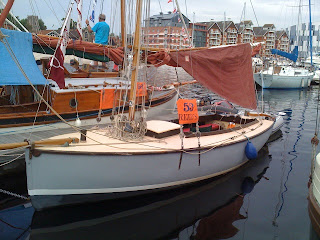 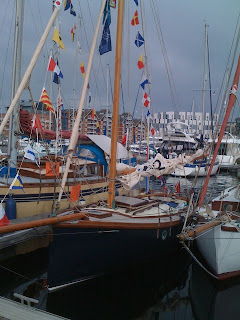 Posted by William Serjeant at 6:54 pm

Sounds like you had an absolute brilliant weekend Bill. Not been to that one. Good weather helps. Been to some otherwise great boating events absolutely wrecked by cold and rain!

Have you ever used a MUD Anchor:

Yes, I had a great time. The family liked it too.

Thanks for the link to your excellent Blog.