We all know from experience that now and again things do not go according to plan, and the attempt at retrieving 'Sandpiper' on Friday's evening tide proved the point.
Because high water was not until 22.10, the boat could not be floated onto her trailer before 21.00.
There was a Force 4 from the NW, and the tide was against the wind. This made paddling the canoe to the boat a bit tricky, because she was being blown sideways to the waves.
Having boarded the boat without mishap, I thoroughly prepared for proceedings at the slipway where my friend would be waiting. I put fenders out and made mooring lines ready.
The plan was for me to berth 'Sandpiper'. Then my friend and I would guide her onto her trailer and haul her ashore with his 4-wheel drive Terios SE.
I started the outboard and slipped the mooring, or so I thought! Then I returned to the cockpit and tried moving from the buoy, but no matter what I did, there we stayed. I couldn't work out what was wrong. In fact, the rope loop to the mooring chain had caught around the bow fairlead.
At that point the outboard's prop snarled the canoe painter, causing the sacrificial locking pin to break, which meant that the outboard became inoperative. I tried replacing the pin. However, with the minimal tools I had I could not remove part of the pin.
There was only one thing for it, and that was to abandon that attempt at retrieving the boat.
Back at Point Quay, my friend's friend had been watching events unfold, and he offered to tow 'Sandpiper' to the slipway with his dinghy this morning.
Well, the retrieval went well, and I got underway for home at 12.45.
I don't expect to arrive there until late evening.
I am including photos of me in my canoe returning to Point Quay after the abortive attempt at putting 'Sandpiper' on her trailer; one of my friend's friend in his dinghy, and another of my friend standing by my boat. 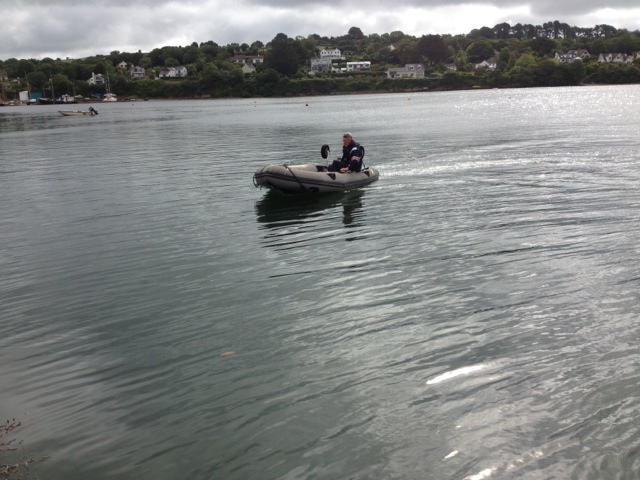 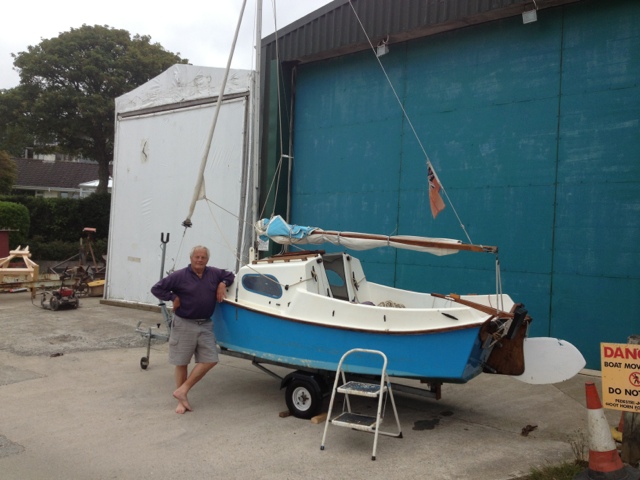 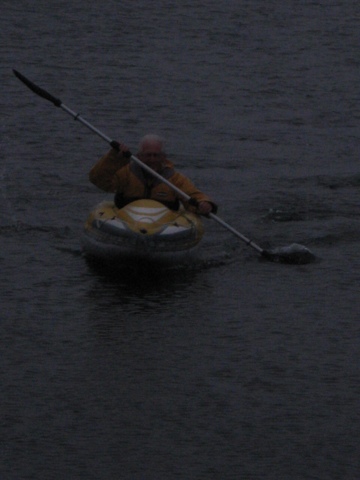 Posted by William Serjeant at 5:56 pm