It would be an understatement to say that last night was traumatic, being very uncomfortable on account of the motion. I should have had a much longer line attached to the buoy. That would have absorbed the snatching caused by the very strong wind.
Last night is in the past, best forgotten. Early this morning I had my fair share of excitement. The wind was at least a Force 6, but for the most part it was with us. Being a west wind there was a reach down the Hamoaze and a run between Drake's Island and Mill Bay. South of The Hoe 'Sandpiper' virtually planed! Top speed was 6 knots, and extremely exciting too.
I took in the main before entering the Catwater and started the outboard. My first attempt at mooring to a pontoon in Plymouth Yacht Haven failed because the wind swept the boat clear, but all went well on the second attempt.
I was relieved to have 'Sandpiper' where there would be a modicum of comfort and where she would be secure. A force 7 was imminent.
All the above was accomplished by 10.30 and I had the rest of the day for doing my laundry, having a shower and tidying the boat. My time was well spent. Everything is spick and spam. A good night's sleep is in store, or so I hope.
The weather is unsettled; therefore I have paid for two nights at the Yacht Haven. Tomorrow I can do some shopping and buy petrol. 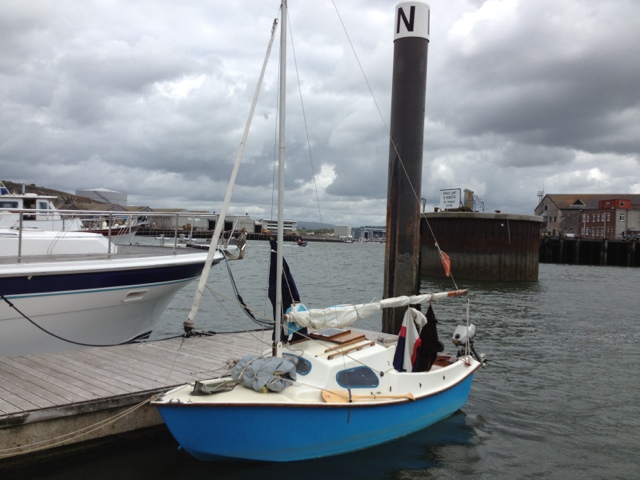 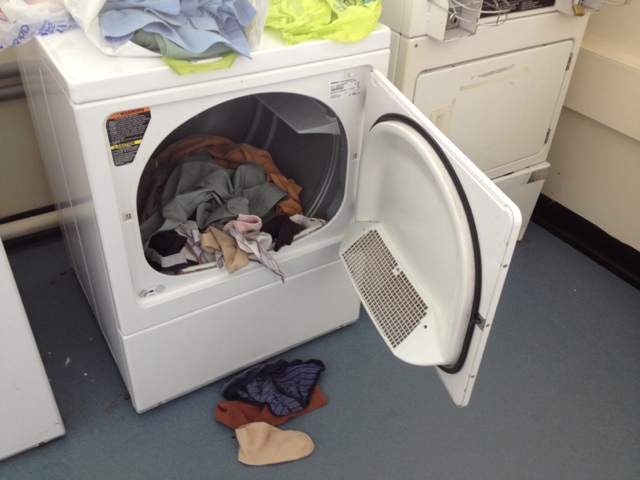 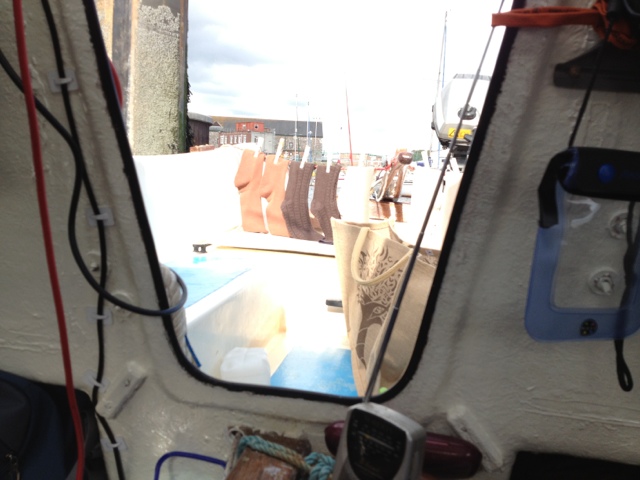 Posted by William Serjeant at 7:25 pm