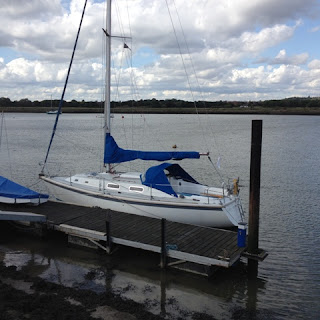 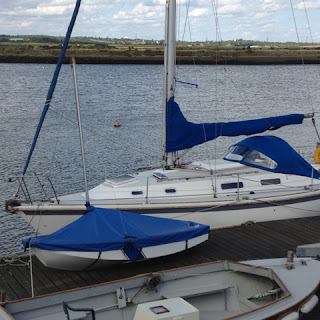 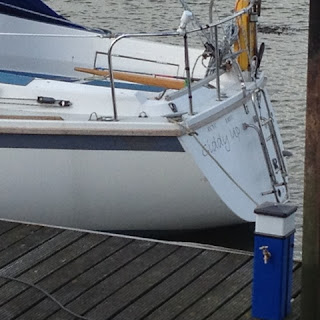 Not many of us can afford to spend between £22,000 and £30,000 on a second-hand yacht, but if we can we may consider a Westerly Fulmar 32, perhaps Westerly’s most successful yacht with over 437 to their credit. Designed by Ed Dubois, she made her debut in 1979 to replace the 26’ Griffon.* She was a bigger and more powerful yacht constructed with top quality materials, including interior joinery in wood. She was said to be faultless in terms of handling under sail and power, a boat that was right from the outset requiring few modifications. An aft cabin version had little appeal, and was quickly withdrawn from production. Likewise, only a few were built with ‘sugar scoop’ sterns before production ceased in 1992.

Both fin and twin keel versions were available. Most probably the boat shown in the photos above has twin keels, because that part of the River Crouch at Hullbridge dries at low water. The shallower draught of 4’ as opposed to 5’ for the fin keel version would be advantageous for that location.

Posted by William Serjeant at 8:24 pm