Sailing Scows with a Difference 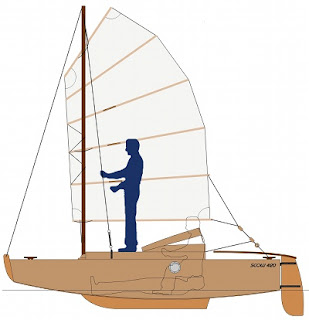 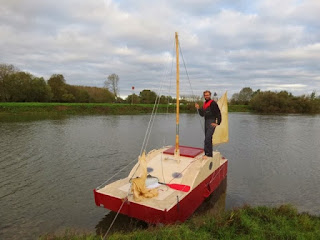 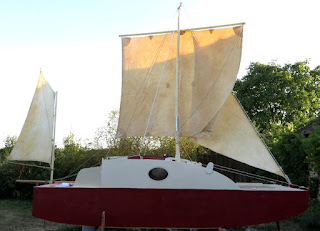 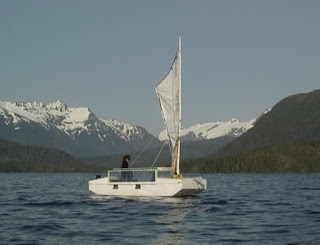 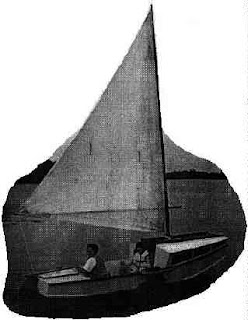 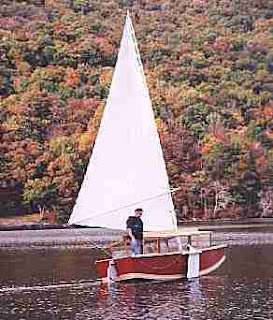 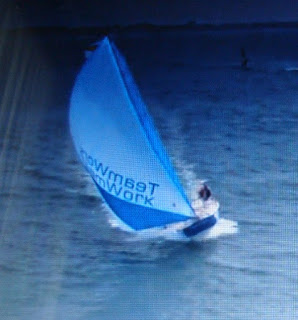 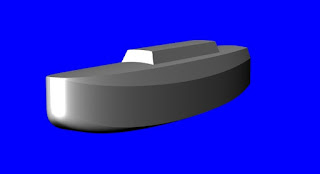 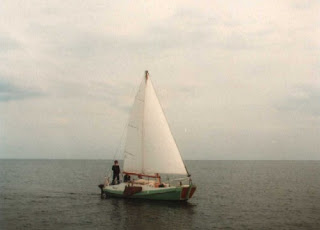 My thanks go again to Brian for providing another link to a website featuring a sailing scow, namely Scow 420, designed by Jérôme Delaunay. Plans for building this 14’ hard-chined boat can be obtained from Duckworks for $50.*

Jérôme designed and built for himself his Scow 450, which is a bigger version at 15’ LOA. Plans for building her are in the pipeline, but you can see photos illustrating her construction at Jérôme’s blog.**

One of the blogs he follows is Triloboats.*** This complements Dave Zeiger’s and Anke Wagner’s website with the same title. It gives details of ‘Slacktide’, their self-designed and home-built T26 Triloboat, aboard which they live. Their Triloboat 16 x 4**** would appear to be the smallest of the range.

Dave and Anke take their inspiration for boat design from working barges and the scows of Phil Bolger who designed the scow SuperBrick.*****

Jim Michalak was influenced by Phil Bolger. He designed Dean’s Box, a 16’ open scow. Describing the boat he explains how she is in keeping with Phil Bolger’s theory of rocker curve matching side curve for minimizing swirling around the chines. His Pencilbox with minimal accommodation for two, also accords to the Bolger theory – likewise does his Jewelbox Jr.

There is a cross-pollination of ideas and concepts shared between sailboat designers, and by looking at Sven Yrvind’s ideal small ocean sailboat (last Link) one can see similarities between her and some of the scows mentioned above. She is box-like, with moderate rocker, and has rounded chines and a snub bow.

Although Sven is not into speed sailing, I feel sure he would be aware of the success of the scow ‘Teamwork Evolution’ that competed in the Transat 6.50 which has a similar rounded bow to that of his ideal small ocean sailboat.

Finally, have a look at John Hawes’s Madrigal, a scow-like 22’ sailboat with characteristics similar to those of a Dutch Botter.

**Scow 450 (In French) with photos of the construction
http://voilierfluvial.blogspot.co.uk/search/label/construction%20d%27un%20voilier