History of the World - Biblical and Scientific Perspectives 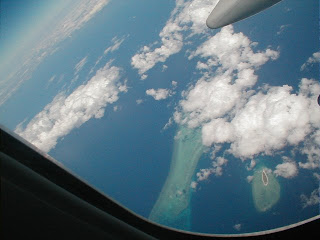 According to the Bible, the age of the world would appear to be about 6,000 years.* How can that be, since palaeontologists claim that it is very much older? Their claims are based on the fossil record**which would suppose the world is at least 3.0 billion years old because of fossil dating. Others maintain that the Universe came into being 13 billion years ago, believing an extremely hot ‘something’ expanded rapidly and began to cool, causing it to continuously expand, resulting in various elements combining to form the cosmos. Where the ‘hot something’ came from, your guess is as good as mine!


If the palaeontologists are correct, and Adam was truly made by God on the 6th day of creation, as the Bible teaches, his progeny through Eve before the flood would have been numerous beyond measure; especially in view of the fact that people lived until they were hundreds of years old. The strange thing is that archaeological evidence of human life on earth does not support this, which strengthens the view that God created Adam at the end of six very long periods, each representing a day in His sight. (2 Peter 3:8) [In the Hebraic language, as in the Greek, a ‘day’ can mean a season or a period of time; figuratively, it could represent thousands of years. (2 Peter 3:8)]

Counting from the time of Adam’s creation, 1,657 years* passed by; then there was a worldwide flood, which was of God’s making, to destroy wicked mankind, with the exception of eight blessed souls and every animal kind, all of whom survived aboard Noah’s ark. From the survivors, the part of the world where the ark rested was rapidly repopulated. (Genesis 10) In some miraculous way by the planting of crops and the natural regeneration of plants, mankind had abundant sustenance. Bear in mind that Noah lived to be over 600 years, and he begot Shem, Ham and Japheth (Genesis 6:9) who with their wives set about populating the world again. Generally, people in those times lived longer than they do today, and they were able to procreate over a longer period than their modern counterparts. Possibly, climate and diet had something to do with it.


An argument put forward by protagonists of the Bible is that the fossil record shows creatures such as dinosaurs suffered diseases, but I know of only one*** such case, and that is open to question on the part of those who made the claim! In Genesis, God declared that ALL He made was good; therefore, until Adam’s disobedience, and God’s curse, there was no disease or death.  (Genesis 3:17, 18) At that point in time, the earth and all living things were destined to decay and die. Adam and his offspring became mortal.


If, and there is a big ‘if’, disease was found in fossilized creatures predating the fall of Adam who was created at the end of six very long days, equating to millions of years, the proposition that six long periods representing days of creation, is quashed. On the other hand, if disease was found in fossils of creatures that died between Adam's fall and the flood, then palaeontologists’ findings would support the long day interpretation of the days of creation.


At face value, there appears to be no correlation between the two timelines representing creation and world history, but by accepting the long day biblical interpretation of years, with Adam being created at the end of the sixth day, harmony can be found. There is no reason to suppose the Bible is wrong. In fact, it is more fanciful to believe there was a ‘big bang’. Each to his choice clings to his belief, while knowing he was not there at the time.

The advantage a Christian has is that he knows the truth in his heart; for his faith in God is given to him by God himself. (Ephesians 2:8) The same goes for Creationists and Fundamentalists who hold to their belief that God created the heavens and the earth over a period of six literal days, and rested on the seventh. Amen.


*Biblical History of the World


Age of the Universe

Posted by William Serjeant at 8:24 pm

Hi bill,
I would just like to test the waters here (so to speak)
As I have made this a passionate study over a number of years
So does this comment system work?
Best regards,
Frank!

The comment system does work, but for a reply from the blogger, it requires him to check for comments. He may not always want to reply.

Those commenting can select an option to be notified by email when their comment has received a reply.