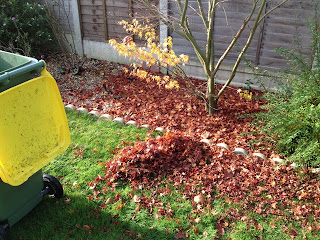 There’s something sad about seeing autumn leaves. They remind one that this life is temporary. Even the tree that supports the leaf has but a sojourn, until it is uprooted, cut down, or dies because of disease or infirmity. Eventually, all things return to their former state, broken into base elements. The strongest structures, natural or manmade will all succumb. According to the Bible, the world will end as a ball of fire. (2 Peter 3:10)


Meanwhile life continues and autumn inexorably follows summer and the cycle of transferred energy continues; leaves turn into compost, enriching and feeding the soil with nutrients that are then ingested by the tree that bore them. In their lifetime, through the process of photosynthesis, leaves transform light energy radiated from the sun into chemical energy for fuelling the growth of the tree and for facilitating its functions.


Although there is a tinge of sadness when we think of decay and death, there is a sense of wonder because of the incredible variety of life; likewise, the mind-boggling inventiveness of God’s creativity and His ability to put it all together. He sustains it too! To create Just one living leaf is an awesome miracle in itself!  And there are so many different sorts, all specifically suited to their mother plant, each growing where the soil and climate is appropriate for them. 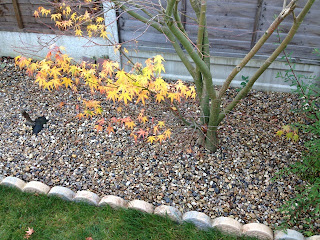 When autumn comes and leaves are scattered over the garden I can chose to let them be, or I can attempt the task of removing them to the recycling bin. This autumn, because of it being exceptionally wet, opportunities for tidying the garden have been few. Hence, leaves are rotting where they fall. There was a dry day yesterday when I managed to clear a small area under the Acer tree. Today, the rain has drenched the garden yet again, which makes me think I’m fighting a losing battle, but on refection, it’s a battle I can never win, for the power and will of God is insuperable. He places the leaves where He wants them, and allows me to move those He wants me to move.


The so-called freewill that I have is limited, because I am limited, unlike God who has total freewill, because He is unlimited. He is omniscient, omnipotent and omnipresent.


All things were made through Him, and without Him nothing was made that was made. In Him was life, and the life was the light of men. And the light shines in the darkness, and the darkness did not overcome it.’ John (1:1-5)