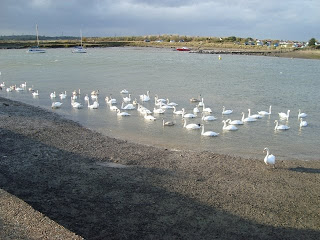 It was love at first sight when my eyes lighted on the River Crouch. I moved to Essex in 1972 from the heart of the West Country, where I lived in the historic City of Exeter, the Jewel and Guardian of Devon, Somerset, Dorset and Cornwall, all beautiful counties – Dorset with rolling hills, Cornwall and Devon with their rugged north coasts - estuaries, moorlands and sandy southern bays. Rural Somerset is gentle with a patchwork of farmlands, sleepy villages, woodlands, streams and hills where even now deer roam freely. How could I find another love to rival the first? I was shocked at the low-lying land of Southern East Anglia, not unlike that of Holland where the sky opens and a special light delights the eye of an artist. Clouds, sunlight, showers, rainbows for me, all took on a new significance. It was Constable Country where the green leaves danced, casting their spell on one of England’s finest painters, a man inspired with reflective sunlight, to my mind the father of the Impressionists, the great John Constable. Renoir, Monet, and Cezanne followed in his footsteps and were perhaps influenced by the greatest painter of all time, William Turner, who by some, is considered to be the Father of the Impressionists, particularly masterful Monet who marvelled at shimmering light and who captured magic in paintings of the Thames at the Houses of Parliament, and gloried in portraying transitory images of a glowing haystack in the middle of nowhere. 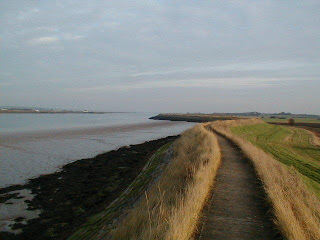 
The River Crouch for me was like an exploding star, full of light, subtle hues, vast horizons, secret places where the spider hides, the moth flits in the early dusk and the bat silently glides in the dark of night while the big full moon lifts above silver clouds. The cricket and the coot, the fox and hare come to life with the early sun, and the wildfowler lies undercover in shadows at the edge of the pool where his decoys wait. Unsuspecting duck alight; then there are puffs of smoke, followed by double blasts of doom, and helpless birds lay limp; one aimlessly flaps it wings, but the retriever puts and end to that. 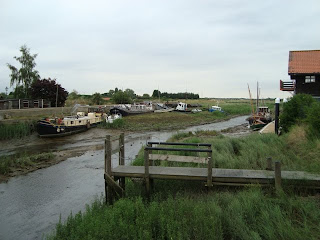 
These are but a few images of my love of the River Crouch. She is a vibrant river that ever moves with the falling and rising of the tides. Her rhythms are far more seductive than those of a fair maiden. She can be ruthless by taking the lives of the unsuspecting and yet she can open her arms and make a stranger welcome; she can be an enchantress who captivates the soul, and this she has done to me! One day I shall be enveloped in her womb when she receives my ashes, and we shall be entwined together for ever. 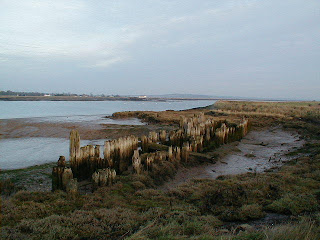