My local Coastguard station is at Walton-on-the-Nez. I must admit that when I have sailed in the vicinity I have seldom filed a passage plan, but I’ve always felt comforted that at least I could contact the Coastguard via my VHF set. Only this week I learned that there is a proposal to sell off the Coastguard Station at East Terrace. This would happen if the Maritime Coastguard Agency’s proposals for reorganising Coastguard services go ahead. The Agency is currently conducting a consultation on their Proposals for Modernisation of the Coastguard Service. (Details can be found online – see link below.) 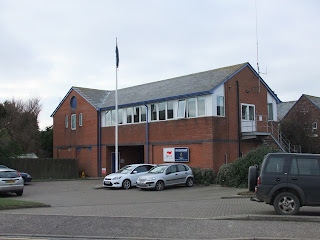 Time does not stand still and situations change, but people often resent change, especially when it directly affects them, perhaps by loss of services, salary or employment. In these hard times of financial restraint when national and local government are considering means of reducing costs there will inevitably be pain experienced by those affected by cuts. Modernisation of the Coastguard Service will in my opinion far improve the effectiveness of monitoring maritime activities around our coasts and at the same time, because less staff would be required to operate systems, costs would be remarkably reduced. Not only would the new setup be more effective, but the deployment of rescue services would be better coordinated.


Things are vastly different to when I first started coastal sailing in 1951 aboard a St Ives lugger that had been converted into a gaff cutter. The practice was to sail from one Coastguard station to another and communicate with an Aldis lamp. Later, VHF played a big role in facilitating communication between small boats and the Coastguard. Now there are systems in place that pinpoint the location, speed and direction in which ships are travelling, i.e.,( AIS) – Automatic Identification Systems. The seas can be monitored by electronic means using computers, digital charts, satellite observations etc. The ballgame is now so different to 60 years ago.


Nevertheless, some people favour keeping things as they are because they say local Coastguards are familiar with local conditions, topography and even know local fishermen and yachtsmen, but let us not forget that the Royal National Lifeboat service has vastly improved over the years. Lifeboat men have better and faster craft than in the past; they even have specialised vessels for particular areas, such as the inshore lifeboat with its new floating boatshed at Burnham-on-Crouch. Rescue by helicopter also adds another dimension, because of being able to reach a distress situation in a matter of minutes, not hours.


All of these factors lead me to believe that modernisation of the Coastguard Service will be a good thing. Coordinated response can be available 24/7. The two Maritime Operation Centres, one at Aberdeen and the other at Southampton, will control operations through six sub-centres around the coast, plus the existing setup at Dover, which monitors movements through the Straits of Dover and the Southern North Sea.


There is one drawback as far as I am concerned, and that is I shall no longer be able to use my VHF set to contact the Coastguard, because it does not have a facility for broadcasting a GMDSS Mayday signal, and the old-fashioned continuous watch over Channel 16 will no longer be available.


Proposals for Modernisation of the Coastguard Service

Bill, you make a well presented argument. Technology radically changes the way we do things, on a summer weekend Solent coastguard is inundated with calls for radio checks, yet those same people wouldn't think of asking for a mobile phone check. Mobile coverage extends for the whole of the Solent and normally each member of crew has a mobile - not reliant on a single vhf.

Exactly. The march of technology has changed what we can do. Nature, more of less, remains unchanged. Man increases dangers to himself by the use of technology, for example, conducting the transfer of oil from tankers off the Suffolk coast, but he also mitigates the chances of disaster by that same techonology. We have to embrace change and use it to our advantage.