My Love of the River Crouch 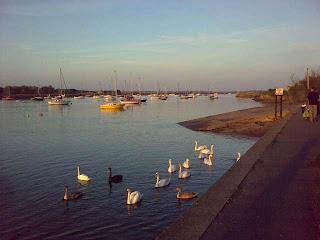 
I have frequently cruised my boats to the West Country, sometimes as far as the Scilly Isles from Burnham-on-Crouch, and yet when I speak to people who live in Cornwall, Devon or Somerset, I quite often find they have never heard of the River Crouch! Maybe, that is the best kept secret for those who know of its delights? I am referring to sailors who sail on the Crouch and the Estuary leading into the outer reaches of the River Thames. 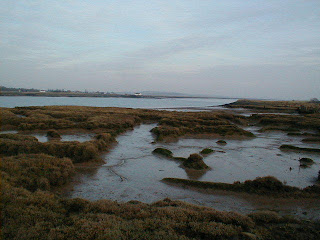 
The delights that sailors find at Burnham are not young Essex Girls, but muddy expanses at low water, tumbling waves when there is a wind against tide situation, gorgeous sunsets, brisk cold east winds, vast open skies where geese fly in formation and tiny creeks where solitary heron stalk their prey and grey seals frolic at the water edge. High river banks at secluded anchorages shield sailors and their craft from equinoxial gales when the wind shrieks and moans across the saltings and the bittern calls. 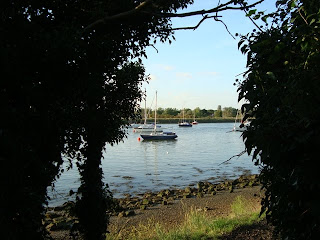 
Essex Rivers are truly romantic places where those in shallow draught vessels can commune with nature, breathe salt air and smell marsh dew. Within minutes, a Burnham boatman can be lost in a wilderness of silence as his yacht glides with the current towards the sea, or pokes westwards past Cliff Reach to Bridgemarsh Island and on to Fambridge. There, ringed plover and dunlin scour the mud and common tern joust over small fry that are invisible to the human eye. They twist and turn, screech and dive, then bring to the surface their silver quarry. 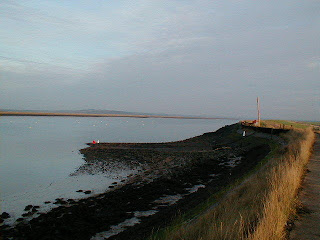 
Only now and again is the yachtsman disturbed by a motor fisherman or some guy driving a gin palace that leaves havoc behind and the cry of wailing birds. Speed limits do little to mitigate erosion of muddy banks, and only those places that have been covered with concrete slabs are secure. In an effort to meet the threat of ever-rising sea levels, breaches have been made in the lower sea walls of the Crouch at Wallasea Island for the overflow of flood waters in the event of a North Sea surge - all done in the name of conservation and providing habits for birds and wildlife. Rather than fighting or resisting the forces of nature, Essex Man wisely intervenes to work with them. 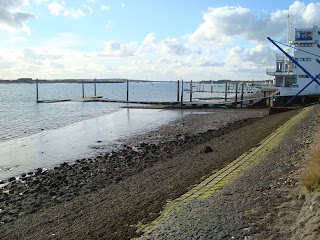 
This is my love relationship with the River Crouch, a perfect wildlife habitat where butterflies flourish, skylarks trill the early days of spring, the cuckoo calls and starlings swarm in the autumn trees of Hullbridge. Busy sparrows chatter in path-side bushes and shy kingfisher dart across the narrows at Battlesbridge. Swans grace the slipways of Hullbridge; children lure crabs on lines and search the muddy water for tiny creatures with their nets. Holidaymakers seated in the Anchor Pub’s garden overlooking the River sip their drinks while goggling at ski boats being launched and an incomprehensible pattern of dinghies racing, all accompanied by the raising and lowering of flags and the intermittent sound of a horn.
Posted by William Serjeant at 5:10 pm

Nice blog Bill,I feel inspired. Today I shall ignore the rain and get some work done on Jelly Bean while looking forward to launch day. :~)

Thanks for that Phil. I love your Jelly Bean blog.