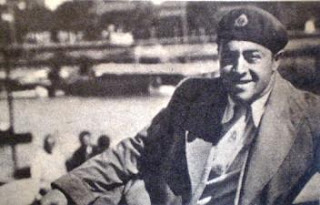 
There have always been adrenaline junkies; they are not happy unless they are testing their bodies and minds to the limit. For them, life on the edge is the only raison d'être. Examples of such people today are the world champion snowboarder, Peetu Piiroinen, and the daring base jumper Gary Harbird who died while attempting a jump at the infamous Swiss Leap which had already claimed the lives of twenty two base jumpers since 1994.


There are examples of single-handed ocean sailors who have tested themselves to the limits of their endurance. Dr David Lewis was one such man. He attempted a circumnavigation of Antarctica in 1972, but his boat was dismasted and later capsized. After much hardship he made it to Cape Town, where he was treated for exhaustion and frostbite.


Before him in 1942, Vito Dumas was the first person to sail alone around the three great capes: Cape Agulhas, Cape Leeuwin and Cape Horn. He paid a high price by having to amputate an arm because of severe infection. In 1957 he was awarded the Slocum Prize by the Joshua Slocum Society for his sailing achievements. 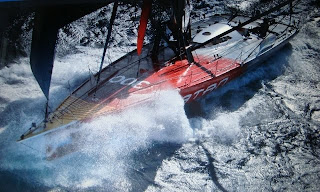 'Spartan', sailed by Chris Stanmore-Major, a British competitor in the Velox 5 Oceans Race


Right now, solo sailors are competing in the third leg of the Velox 5 Oceans Race. Out of 123 brave souls who have entered previous races, only 73 have finished, and two have died! This is perhaps the most extreme ocean race ever, because competitors give it their all on each of the five legs, treating them as sprints between the ports of departure and arrival. They push their 60 foot yachts to the limit and at the same time punish themselves with sleep deprivation and hard physical labour. They sail the most dangerous waters around the three great capes, Cape Horn quite often living up to its fearful reputation, since it has been the graveyard of numerous sailors and the place where many fine ships have foundered.

You made some good points there. I did a search on the topic and found most people will agree with your blog.