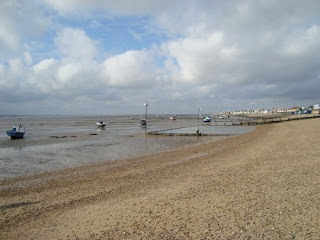 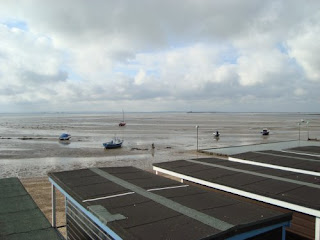 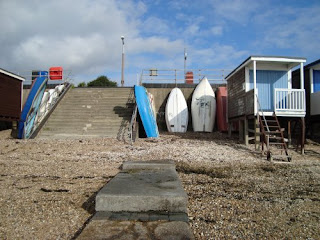 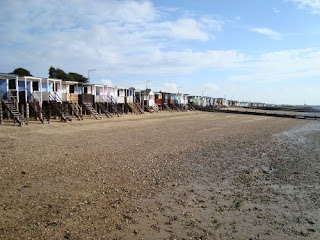 Before I moved to the East Coast, back in 1972, I had heard the place was bracing in winter. The coastline faces the North Sea, beyond which lie Scandinavia, Finland and the Northern European Plain. To the North is the Norwegian Sea, and to the North West is Lapland where winter temperatures can fall to – 35C, even to – 45C. Well, yesterday morning I took a stroll along the promenade at Thorpe Bay, between Shoebury and Southend-on-Sea. I expected a chilly North East Wind, but the air was still and warm, as a short-lived high pressure area moved eastward. Most of the Yacht Club boats were out of the water for winter lay-up, but a good many motor craft still lay to their moorings sprawled on the mud awaiting the flood tide. A fisherman was digging for lugworms, and in the distance I could make out the black shape of the Pier, famous for being the longest pleasure pier in the world - not that there’s a lot of pleasure going on their after the ill-fated fire from which it is still recovering. The Waverly paddle steamer paid a visit there a few weeks ago to take passengers on a sightseeing trip to the Thames forts. This was a reminder of the Pier’s grandeur in former times when pleasure steamers were regular visitors. Sandbanks and shallows abound, while in the dredged fairway cargo ships still ply their trade to the upper reaches, and across the River at Sheerness, passenger ships come and go. Thorpe Bay promenade overlooks a shingle beach with acres of mud beyond where the incoming tide can catch the unwary. Open to the South, the East and the West, moorings need to be substantial to combat wind and waves. It can be a fierce and very bracing place in a winter gale, the only cover being from low-lying land to the North.