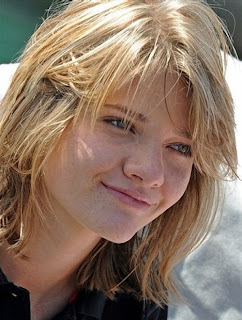 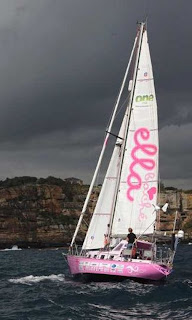 This sixteen year old Australian girl is in the headlines again, because after having to delay her departure for an around-the-world solo non-stop attempt she has at last set off. After crossing the start line at Sydney on Sunday 18th October she coaxed her 34-foot sloop, ‘Ella’s Pink Lady’ offshore in very light winds. Before her is a marathon eight month voyage of 28,000 miles, a time of testing that few at her age will ever experience. Unlike Joshua Slocum, the very first mariner to circumnavigate alone, apart from a goat for a short spell, she will have daily contact with those who will be monitoring her progress. By means of a satellite phone she will regularly update her Blog to inform millions of fans who will want to know every detail of events as they unfold.

During a shakedown cruise on her way to Sydney her yacht was in collision with a 63,000 ton freighter causing damage to the hull and mast. Having survived the experience and repaired the vessel she has installed a radar transponder that will warn her of nearby vessels using radar. She will depend on a wind generator and solar panels to power batteries for all the electrical equipment. Much of the steering will be done by the yacht’s Fleming windvane gear which does not require electrical power. The yacht, a Sparkman and Stephens 34 is well and truly tested; she’s not a fast yacht by modern standards, but with an average speed of 5 or more knots she should be able to cover the distance in the planned time.

Jessica’s Blog
http://www.youngestround.blogspot.com/
Posted by William Serjeant at 10:39 am