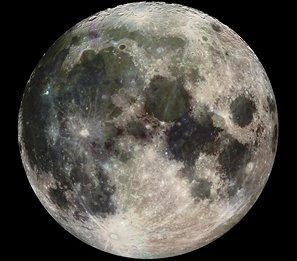 How do you measure success and what is it? The recent NASA mission to find water on the Moon was deemed a success, because the operation went as planned, except when the unmanned rocket crashed into the surface of the Moon there was no visible plume of debris as a monitoring probe following minutes later took readings before it also plunged into the moon’s crust. The readings need to be analysed to determine if there is sufficient water on the moon to warrant assembling a human base station there for further explorations into space.

Success is the accomplishment of an aim or purpose, and according to this definition NASA achieved its primary goal. Ultimately the aim is to explore outer space from a Moon base station complete with life-support mechanisms, experimental equipment and machinery for producing materials that cannot be made on earth. These endeavours require extraordinarily detailed preparations and research before embarking upon them. Frank Lloyd Wright said, “I know the price of success: dedication, hard work, and an unremitting devotion to the things you want to happen,” but I would add to that by saying not all success stories depend on the implementation of these factors, because the circumstances or the nature of the objectives may not be so demanding. Much depends on the nature of the objective, for example a young child learning to catch a ball for the first time has only to coordinate the muscles of his body with the perceived trajectory of the ball to achieve success, whereas a learner juggler with four balls has a more difficult challenge.

The supremacy of humans over animals has in the most part been due to man’s success at using tools. There are animals much larger and more powerful than humans, but they have not been able to utilize tools with effect, either because of their restrictive anatomy or because of their inferior intelligence or both. Another reason for man’s supremacy is his success at storing and accessing knowledge - in these times particularly through the use of computers. Man’s success is also due to his inventive, experimental and creative genius. His imagination allows him to invent or foresee scenarios so that he can prepare for eventualities, thus enabling successful outcomes.

It is said that success breeds success, but let us not think that success is the acquisition of material gains at the expense of global loss by stripping nature’s resources and destroying the very planet upon which we depend for our survival. Success is living a sustainable lifestyle that respects the whole of the natural world and respects all humankind. Arguably for some the greatest success story is the triumphant resurrection of Jesus after His death on the cross and His ascension to Heaven. (Luke 24)
Posted by William Serjeant at 10:09 am