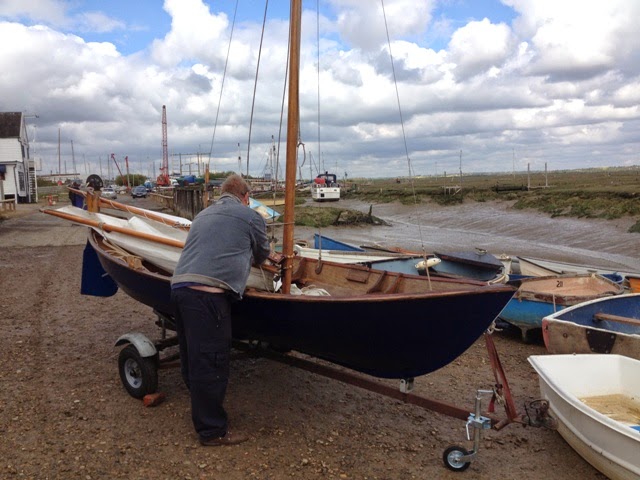 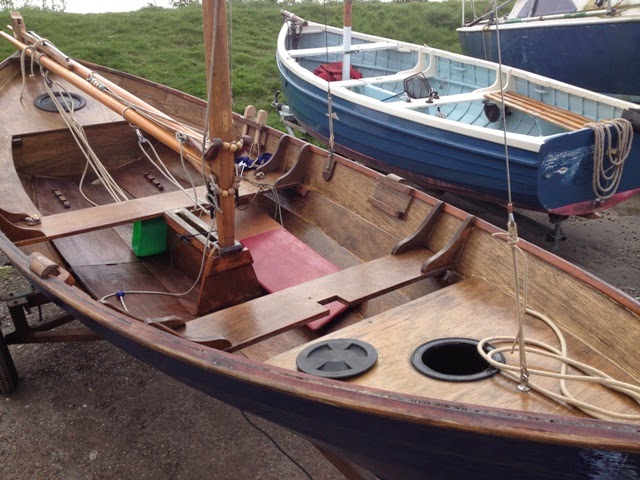 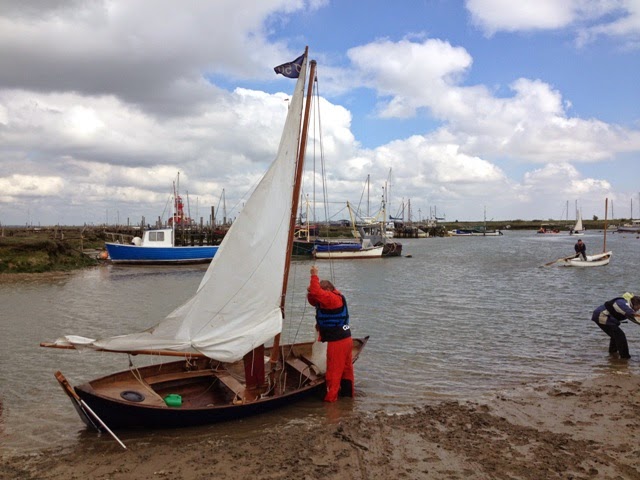 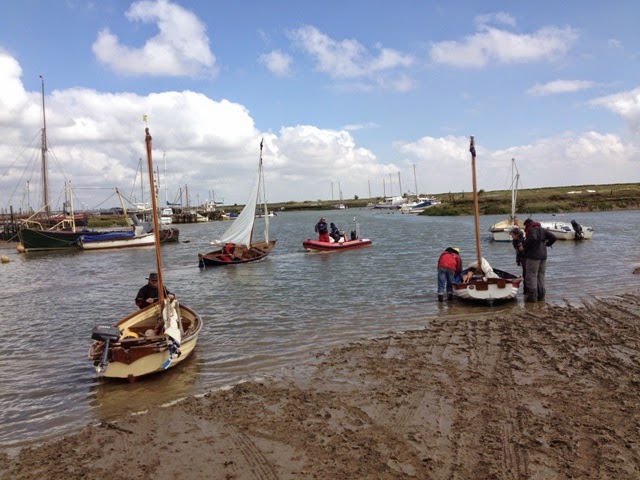 I had an invitation to watch gaff-rigged sailing dinghies being launched from the hard at Tollesbury before racing in aid of the RNLI. It was a fun meeting organised by the Old Gaffers Association with the help and support of the Tollesbury Sailing Club.


I was particularly interested in seeing an Iain Oughtred designed Whilly Boat. She had received a rapid makeover after being purchased a week or so before. Therefore she was untried, and her new owner would be taking her on the water for the first time.


Getting away from the hard was made difficult by a stiff headwind and an incoming tide. One or two entrants didn’t even attempt it, but my friend with the Whilly Boat had a go.


One of the problems with a Whilly Boat is that she has a daggerboard which is not as versatile as a centreboard. Perhaps in recognition of this, Oughtred incorporated a daggerboard into his later designed Whilly Tern. Unlike the original Whilly Boat rigged with a single standing lugsail, my friend’s was rigged with a Gunter main and a small jib.


Sailing to windward in shallow water with that combination is not easy for a solo crew, because he has to manage two sheets, a tiller and a daggerboard. Furthermore, a Whilly Boat is not the most stable platform because of her slack bilges, since she was designed for rowing and sailing. Therefore the helmsman has to be fairly nimble when doing short tacks. Passing the tiller and its extension astern of the mainsheet requires good timing, and to do it, the helmsman has to sit on the thwart facing aft.  If the daggerboard is raised too high, the top can interfere with the boom. A lugsail without a boom does not present this problem, nor does the crew have to duck to avoid being banged on the head.


My friend’s leg injury from which he is recovering did not help; therefore I was not surprised when he returned to the hard shortly after setting off. Those in other, well tested dinghies were finding it hard to claw their way out of the creek against the wind. I didn’t stop to watch any more, because I was with my wife who wanted to return home, and I had lawns to cut.

Bill, I have a Whilly Boat in my garage. It needs a good home since I cannot use it. It is a centreboard version sitting on a good trailer.

Thanks for that Brian.

I think there must be a number of people who would love to have her.

Is this the boat shown on your Flickr pages?

How is she rigged?

Yes Bill that's the one. She is lug rigged. I bought her off a chap who when moving house had the removers loose the rudder, floorboards, yard, boom and sail. So I have refurbished the hull, need to make a rudder but have bought the fittings, make floorboards and I have a yard and boom.
I contacted James Lawrence sailmakers for a sail. It is brand new and is the most beautiful sail I have ever owned. Very soft handle tan coloured yet quite thick. Fantastic leather handwork and finishing.
Just need a home for her.
Brian