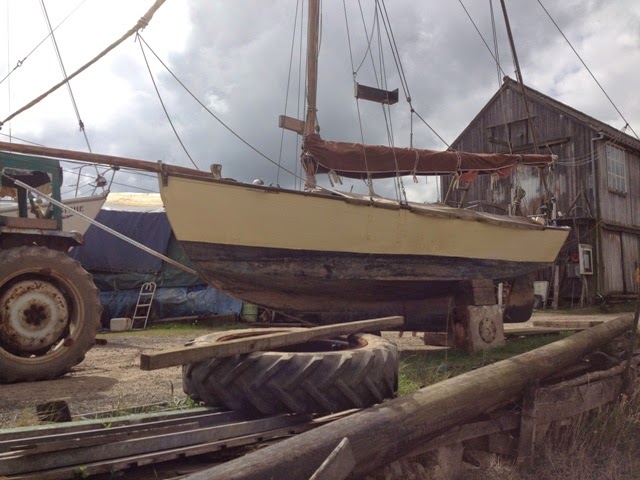 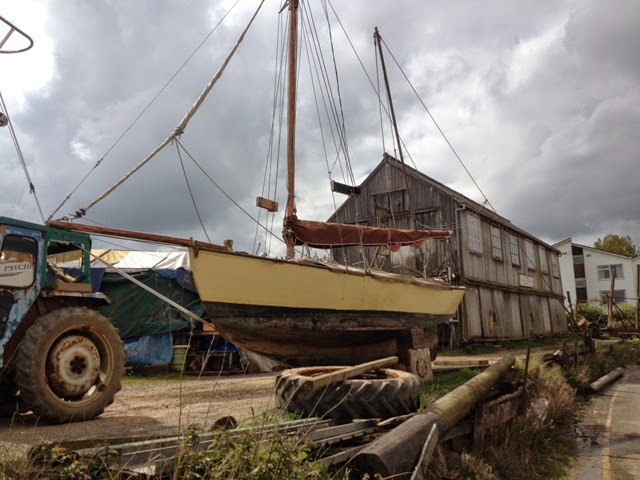 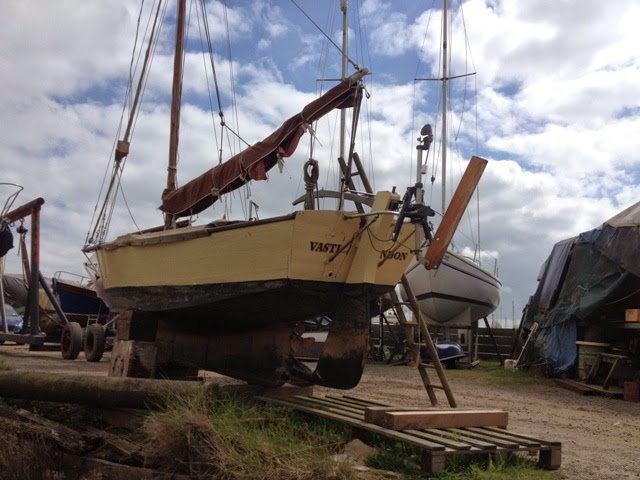 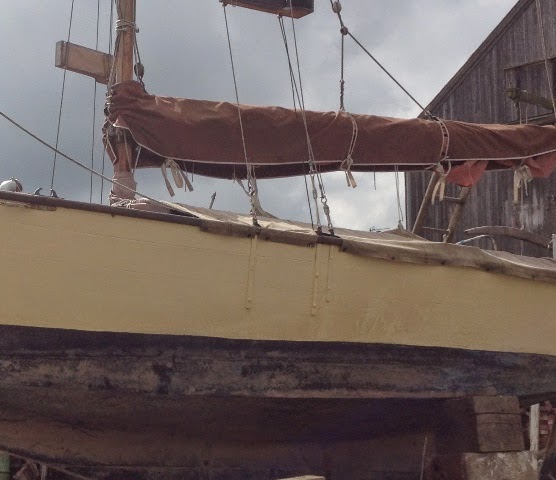 Whenever I have visited Tollesbury I’ve seen a sharpie style, long keel yacht similar to a Yachting Monthly People’s Boat. She is laid up beside Woodrolfe Road on the right-hand side, immediately before Tollesbury Marina. Her name is ‘Vasti’. She is equipped with a Navik wind steering gear. Her vintage dates back to the 1960s and she was most probably built by an amateur. She’s one of those boats that appeals to older folk like me, because we have memories of those days when yachting was more of a do-it-yourself pastime than it is today. Expensive, ‘proper’ yachts for the well-to-do were hand crafted at bespoke yards such as Harold Kimber’s of Highbridge, Somerset. Ordinary folk built their own in their backyard.


Everything about this little gaff cutter looks just right, from her transom mounted rudder to her long bowsprit for balancing the rig. Her Wykeham-Martin furling gear and her shroud mounted lighting boards are typical of the 60s. Unlike later boats built from plywood, she was carvel planked to inner frames. She has external chainplates bolted through her topsides, and a mahogany rubbing strake along the gunwale. Her concessions to modernity are her stainless steel standing rigging and her Navik steering gear. Her single crosstree would suggest she has a fairly high aspect sail, supported by a short gaff. If she is used for cruising, her accommodation must be minimal, on account of there being no visible coachroof.


She obviously has been on the water, because of mud on the bottom where she has settled in a mud berth. Somehow, I feel she has a tale to tell. She looks the part. I would love to learn more about her. Incidentally, one meaning of ‘Vasti’ is ‘beloved one’; another is ‘excellent woman’, and of course, Queen Vasti or Vashti was the beautiful queen of Ahasuerus in the book of Esther in the Bible. She refused to obey the king when he desired her to appear in the banqueting hall of Shushan the palace. (Esther 1:10-12)