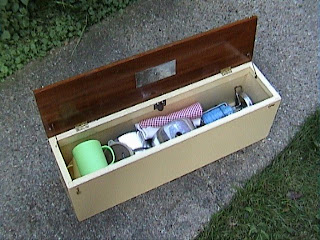 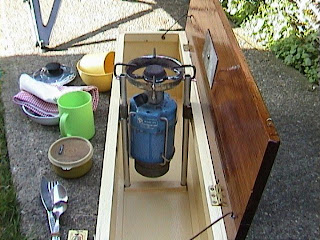 How fortunate I am to have the River Crouch only five minutes from my home by car.


Monday, 20th August, 2001, found me launching 'Micro' at the Hullbridge public slipway. The time was 1430, and it was high water. A wizened, elderly gent, wearing a smart Panama hat, leaned on the iron railings overlooking the slipway. He seemed to look at everything I was doing, but at the same time his glazed eyes were motionless as if in a trance. The pungent aroma of his cigar almost rendered me unconscious, and, despite his kind words regarding the beauty of 'Micro', I wanted to be away. I had no desire to be stricken with cancer through the secondary inhalation of nicotine. In fact the smell made me feel quite nauseous. How could he do that to himself and others in his vicinity?


Minutes later, pollution free air in the form of a gentle Force 2 wafted 'Micro' down the River towards Brandy Hole. Her sails were goose-winged - the jib to port and the main to starboard. This experience contrasted with the previous one when ‘Micro’ sailed the same stretch of water. Then, the wind was against the tide, forcing me to row some distance before I found space beyond the moorings, where I could safely make sail.


The warm summer air transformed a scattering of grey clouds into fluffy balls, like cotton buds that melted away into nothingness, lost in blue space; to the southwest, the bright piercing sun in his glory put forth golden shafts, so bright and dazzling that I could not look towards them. By evening, the darkening sky was pristine clear, ready to welcome a dazzling array of twinkling stars.


My plan was to sail the ten or so miles to the River Roach, where I would spend the night anchored by the west bank, two cables beyond the Branklet Spit Buoy. I had been there many times, but each visit had brought new experiences because of the changing circumstance of weather and tide.


It was a higher spring tide than usual, with a range of six metres. ‘Micro’ was whisked along at a rate of knots by the favourable wind and ebb. Therefore, after a fast passage taking only two-and-a-half hours, I let go the anchor in the lee of the west bank.


My journey had been uneventful, which left my mind free for aimless dreaming, so that my body entered into automatic mode. I did not have to think of what I was doing. There was nothing to challenge me, or demand my attention. I confess that I have done this when driving my car, and when I arrived at my destination, I woke up and wondered how I had got there. I could hardly recollect things seen or things done en route. Because of the gravity of the situation, I'm ashamed to confess such happenings. As I have become older, I have made very conscious efforts to remain alert, when at the wheel.


But I do remember lying on the floorboard of 'Micro', with my legs raised, and my feet on the side decks; my head was propped on the aft coaming. In that reclined position I could keep an eye on the DCA pennant that gently fluttered at the masthead. I observed its yellow tail that contrasted with a dark blue background upon which there was a white triangle. I assumed the triangle represented a sail; the blue symbolised water, and the yellow stood for the sun. In second position of importance, I flew the Micro-Sailboat pennant from the starboard shroud. The upper dark green sector represented the land; the lower blue sector symbolized water, and the red tail stood for eco-friendliness – particularly on the part of the boatbuilding community and sailors of boats.

(To be continued.)
Posted by William Serjeant at 8:09 pm