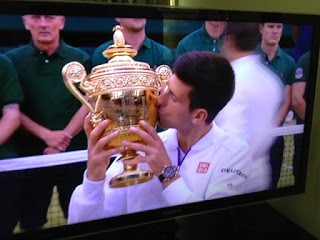 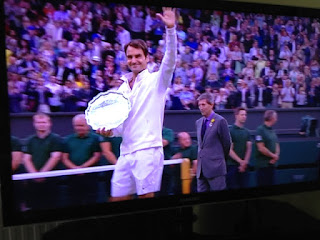 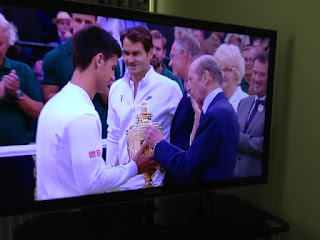 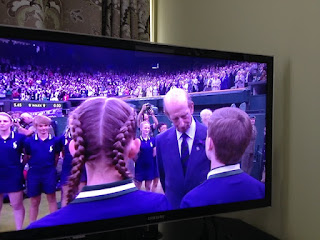 The urgency to finish building the patio is no longer there. Had it been, I would have worked on it this afternoon. Instead, I took the remaining old paving stones from the previous patio to my daughter’s caravan site where she intends using them for hardstanding. The remainder of the afternoon I rested on the settee while watching the BBC TV presentation of the Men’s Singles Wimbledon Tennis Final between Roger Federer and Novak Djokovic.  I wanted Federa to win, but the world number one beat him by three sets to one.

My prospects of finishing the patio before the end of the week are reasonable, despite the forecast for unsettled weather with rain, especially on Monday, when I feel nothing will be done.

Hello Bill, Im glad youre resting today. God knows you fully deserve it. Im sure your wife will be very pleased with your efforts, when she looks at them tomorrow.

Well, I hope she will be pleased, although the patio is not finished.