The Theory of Everything – Is that all? 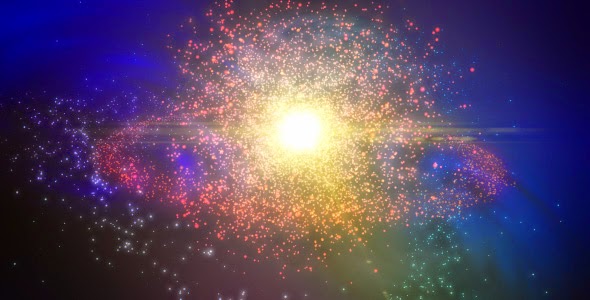 The British Academy Film Awards panel (2015) chose Eddie Redmayne as the best film actor of the year for his portrayal of Stephen Hawking in, ‘The Theory of Everything’ (ToE).

I believe I’m right in saying that the real-life quest of Stephen Hawking has been to find a single over-arching theory able to explain in comprehensible form the physical aspects of the universe, its origin and continuum. The two main commonly accepted, but incomplete theories are the theory of general relativity (GR) and the theory of quantum field technology (QFT). Each is a cohesive theory, but they are incompatible, and they cannot both be right.

What I am amazed at is the dedication of physicists in seeking the origins of the universe and of life. They believe they can find the answers in the science of metaphysics. What they don’t understand is that man is more than a number of chemical elements, and that life is more than theories pertaining to gravity and other forces. Many physicists accept they are rational beings, but they repudiate they have individual souls, and yet they admit to having a conscience. They inherently know when they act badly or well towards other human beings, and they may even want to make redress after acting badly.

Instead of being obsessed with finding a theory for explaining everything in terms of metaphysics, a more profitable subject for research may be looking into the origin of why man is so inhumane to his fellow beings. He who probes for an answer may conclude it is to be found in Genesis, chapter 3, verse 22, ‘Then the LORD God said, “Behold, the man has become like one of Us, to know good and evil.” Man’s soul was corrupted at the time of the fall when Adam ate of the fruit of the tree of the knowledge of good and evil. (Genesis 2:17) Prior to that time he had no knowledge of evil. (Genesis 1:31)

Your last paragraph resonates so strongly with me, Bill, so very, very strongly. Especially in these last few weeks, where we watch the machinations of this and that-ism, claiming theyre acting in the name of God, inflicting unspeakable horrors at the same time, and by doing so proclaiming their un-godlinness.
The greatest pity is that the majority of those watching the film will not have the privilege of reading your blog.

Hi Bill great to read your posts. Your thouhts resnote with a slot on jeremy vine "what makes us human" radio 2 his guest essayist is the call center boss off the tv program. I though who is this guy! But he was biblical and clear and able to relate to people. He said same thing made in the image of God to create, which is just a bit irronic comming from a call center!
Yours james

Thank you Richard and James for your pertinent comments.

----- I am not sure that I would agree here with the word "corrupted". I take Genesis as a creation myth or a metaphor in which human consciousness was created - a knowledge of good and evil is essential for free will - God would want creatures with free will and not robots - its hard to converse seriously in the cool of the garden of Eden with a robot, surely.

I am enjoying reading your Blog - like you I am a bit of a yacht fanatic.

Alden,
From the Genesis account of creation, it’s obvious that God created Adam with freewill. God’s instructions to him were unequivocal, “Of every tree of the garden you may freely eat; but of the tree of the knowledge of good and evil you shall not eat, for in the day that you eat of it you shall surely die.” (Genesis 2:16, 17) The day that Adam ate of the fruit he didn’t physically die there and then, but he died spiritually. His relationship with God was ruined. As the federal head of mankind he blew it! Through his disobedience, all his progeny were tarnished with his corruption.
The penalty for his disobedience was physical death. “In the sweat of your face you shall eat bread till you return to the ground, for out of it you were taken; for dust you are, and to dust you shall return.” (Genesis 3:19) That also applies to his offspring.
‘The tree of life was in the midst of the garden,’ (Genesis 2:9) of which he could have freely eaten. Adam had freewill to obey or to disobey His Creator from the time he was formed and given life.
Ultimately it is God who decides who shall live or die. “Now see that I, even I, am He, and there is no God besides Me; I kill and I make alive; I wound and I heal; nor is there any who can deliver from My hand.” (Deuteronomy 32:39)
In His mercy He provides us with a Saviour, Jesus, who obeyed His Father to the letter on our behalf, and through His merits, death and resurrection, we can be pardoned for our corruption, but we must first acknowledge our disobedient state, and freely come to Him for pardon on the merits of His Son. We shall then regain our proper relationship with God - one of loving obedience, whose service is perfect freedom. This freedom is offered to all.
Bill.