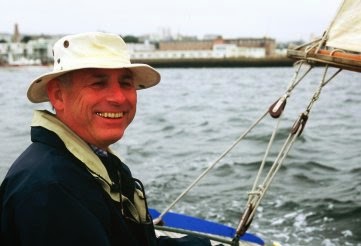 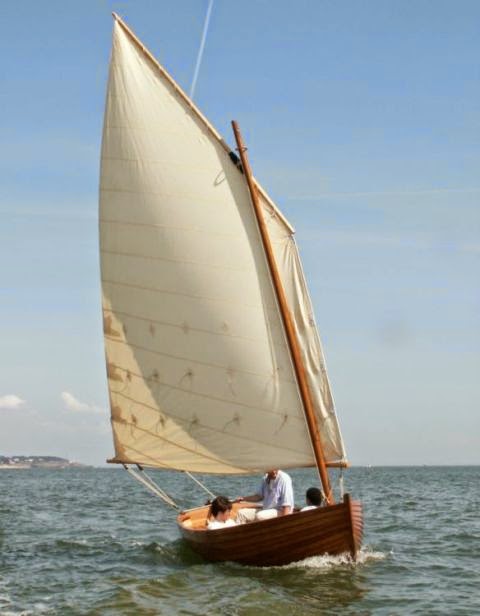 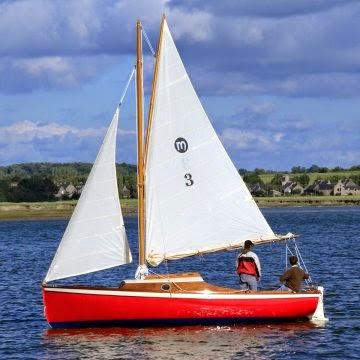 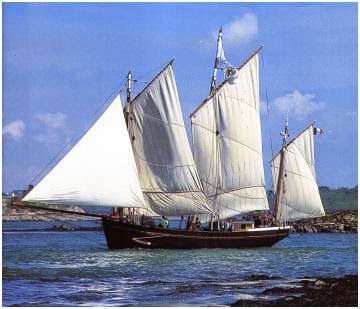 Here’s a short introduction to François Vivier, a very experienced and respected French naval architect who has designed numerous sailing boats, many of them suitable for building by amateurs. His designs range from the smallest pram dinghy to the 17.2 metre Quimper. She is based on the lines of a traditional mid-19th century lugsail coastal trader.

His Ilur* is perhaps his most well-known design. Over a thousand plans have been sold. She’s a traditional styled open boat propelled by a loose-footed lugsail and with oars. There’s an option to have her rigged with a balanced lugsail, but I’m not so keen on this, on account of the boom. The clinker version can be obtained in the form of a NC cut plywood kit.

My favourite Vivier design is his Méaban**.  She’s a 6.8 metre cruising yacht with a centreboard that does not intrude into the cabin. Good use is made of her interior by having two berths, a small galley, several lockers, a sliding chart table, a folding table for when at anchor or in harbour, and a toilet in the forepeak. The auxiliary engine comes in the form of a 4 to 6 HP outboard mounted in a well, which is forward of the rudder, but aft of her large cockpit. She can be rigged as a gaff sloop or Bermudan sloop.

Posted by William Serjeant at 8:17 pm

Bill, I agree, Meaban is the one I like the best too, especially as the centreboard doesn't intrude into the accommodation.
I like the way the mains'l has such a high peaked gaff, which means that the full mains'l and the reefed main isn't going to twist and fall away to leeward impeding windward ability.

When you see the amount of wonderful cruising that shoal draft allows (Charles Stock - 'Shoal Water'and others) you can see the appeal of these little boats.

I think the Ilur is one of the best "traditional" dinghies around, and then there's the new open version of stir Ven 19

It is interesting how our upbringing influences us - I grew up looking at my dads yachting mags - Seaspray (NZ) Yachting Monthly (UK) Yachting World (UK) Rudder (USA) Yachting (USA) but NEVER a French yachting magazine (because of course we don't speak French here - which is stating the bleeding obvious I know LOL ) So it's refreshing to see French Yacht designs!

Thank you Alden and Max,

I too like Stir-Ven 19 - both versions: open and with cuddy.