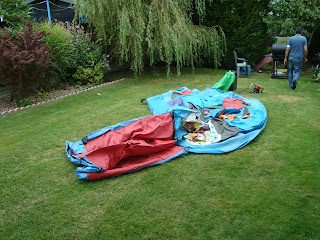 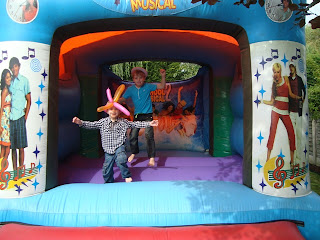 The barbecue chef was at it again, and what a brilliant job he did. He fed loads of kids, parents and friends. Rain threatened, but mercifully kept clear. The bouncy castle arrived early, and it was most popular with tiny boppers. A good time was had by all, except perhaps our neighbours who may have resorted to earplugs, not because of the sound of loud music, but for shrieking laughter and much shouting. 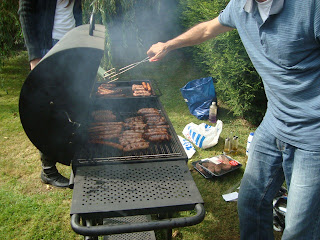 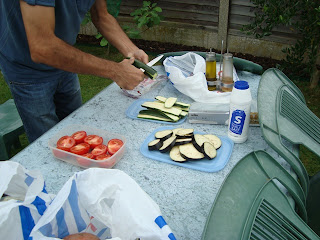 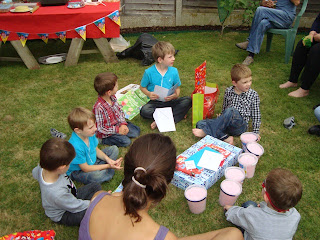 The birthday boy was a full six years young with hearty lungs; at his first attempt he easily blew out the candles on his pirate cake, but for some unaccountable reason, the second time round, they almost had melt down before he could extinguish them. 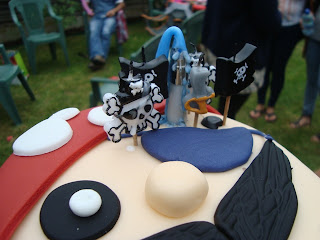 All in all, we had a lovely day, kids and adults alike.
Posted by William Serjeant at 9:44 pm