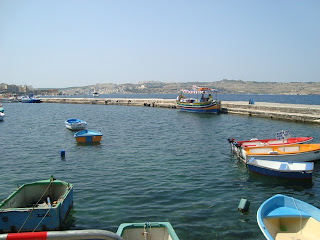 St. Paul's Bay in the distance 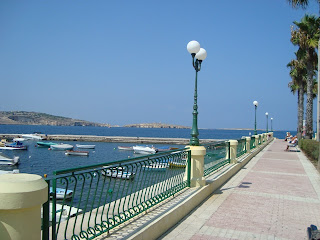 On 5th September I mentioned I would be going to Malta for a week or so.  In fact, I stayed there for approximately ten days with my wife. We booked into a hotel on the waterfront at Sliema. There were three places I wanted to visit: St. Paul’s Bay, St. Thomas Bay and the Maritime Museum at Vittoriosa.


St. Paul’s Bay, which has an island named after the saint, is thought by some to be the place where he may have swam ashore when he was shipwrecked while en route to Italy. He was a prisoner aboard an Alexandrian ship that was taking on water because her seams were leaking. The ship had been at sea in a prolonged period of gales. After fourteen days being tossed about by the seas the sailors sensed they were nearing land, and after taking soundings they set four anchors from the stern of their vessel. It was dark, and they were fearful their ship would be wrecked. When daylight came they saw a bay with a beach where they decided they would run the ship ashore. They let her anchors go, hoisted sail and drove her towards the beach, but the prow caught on shallows before the beach. The stern started breaking up because of the onslaught of the waves. Everybody miraculously survived, as the Paul said they would. 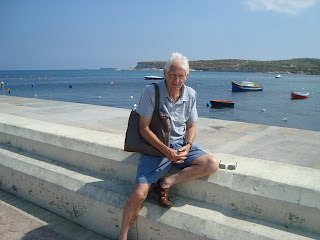 The spot where Paul may have swam ashore at St. Thomas Bay 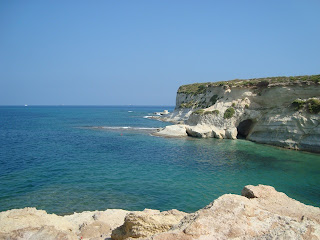 Headland on the south side of St. Thomas Bay


St. Thomas Bay, to the east of Malta, could have been the actual location where the ship was wrecked. No one truly knows, but not so long ago, four anchors of the type used by ships of the time were found by divers in fifteen fathoms off St. Thomas Bay. The anchors were subsequently retrieved, and they are the ones I wanted to see in the Maritime Museum. 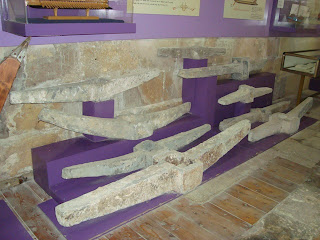 
Anchors at the Maritime Museum
I came away at the end of my holiday, satisfied because I had been to both possible locations of Paul’s shipwreck and I had seen the anchors.


An account of Paul’s ordeal can be found by reading Acts 27.


Searching for Paul’s Shipwreck on Malta

Posted by William Serjeant at 12:15 pm