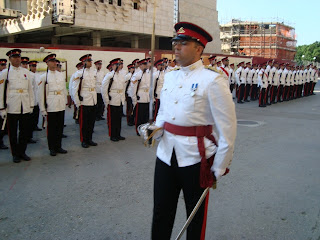 Saturday, 8th September, 2012 was the second full day of our short holiday in Malta. We chose to visit Valetta knowing full well that it was a Bank Holiday for the Maltese and that many shops would be closed. What we did not expect to see was a military parade gathered in remembrance of those who died during conflicts. 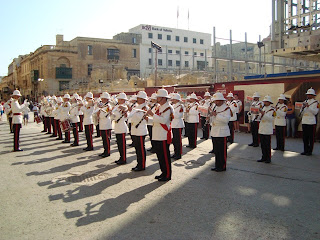 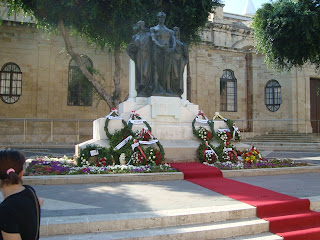 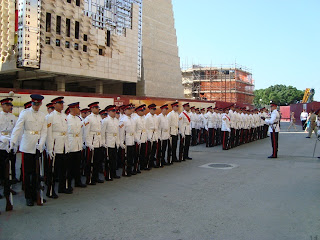 No one wins when there is a battle; both sides lose. The side that stands firm for whatever cause and finally overcomes their adversaries is said to have won and to have gained a victory, but all warfare is tragic, causing death and destruction. Mourning, loss and bitterness can remain for years after so-called victorious battles. Sometimes warfare is not preventable; it is a last resort, and I recognise a nation has the right of self-defence and self-preservation. Presenting the other cheek when it comes to a nation’s survival is not feasible; therefore war is inevitable because of evil intent, greed, ideology, or misguided religious beliefs.


Whenever I witness remembrance ceremonies I am very sad and I sympathise with all who have had to suffer on account of losing relatives, possessions or livelihoods. Man never learns that there is a better way, the way of love.*