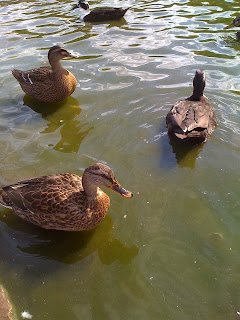 The body of 64 year old Peter Reeve was found in the graveyard of Writtle’s All Saints Church. He was accused of the murder of PC Ian Dibell on 9th June, 2012 in Redbridge Road, Clacton when the off-duty officer intervened in a dispute. The following day Peter fatally shot himself in the head.


A private funeral service for Ian’s family, close friends and colleagues took place at Weeley Crematorium on 31st July. This was followed by a memorial service at St James Church, Clacton on 15th August.


No one expects such a tragic event to occur in their neighbourhood, and the finding of Peter Reeve’s body in the quiet surroundings of All Saints Church must have a lasting effect upon locals. 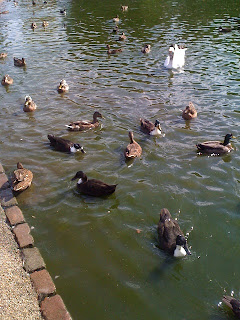 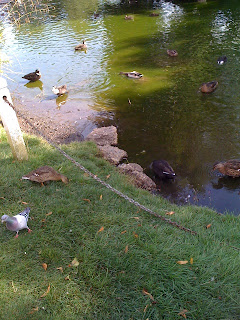 A week ago I had a few moments to spare while in the vicinity of Writtle, and I spent a short while at the village green where there is duck pond. Children with their parents were feeding the ducks. Whenever bread was thrown into the water there was a flurry and raucous quacking. The strongest and most aggressive birds, more often than not, golluped down the bread before weaker ones had a chance to reach it. Some of the smaller ducks didn’t even try contending in the race for giveaway food; instead, they foraged among weeds and grasses for more wholesome food.


Somehow, I could not entirely relax beside the pond, because of my knowledge of the gruesome shooting that had taken place not many yards away. My thoughts and sympathies were for those who mourned and for those who had been badly affected by the tragedy. Even now, I am moved by what happened, and I marvel at the bravery of Ian Dibell.


Clacton: Pc’s murder will have ‘lasting’ impact on community