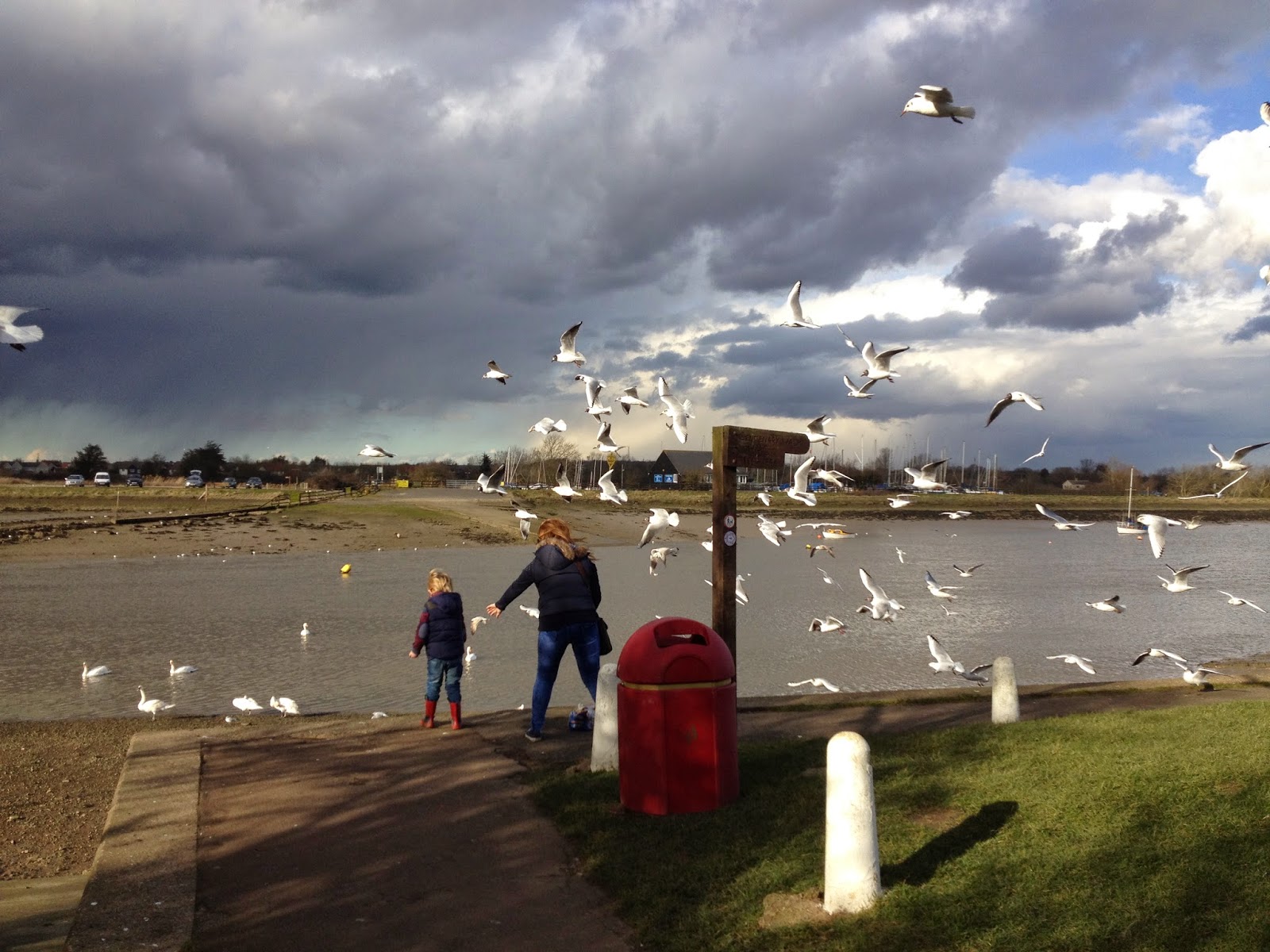 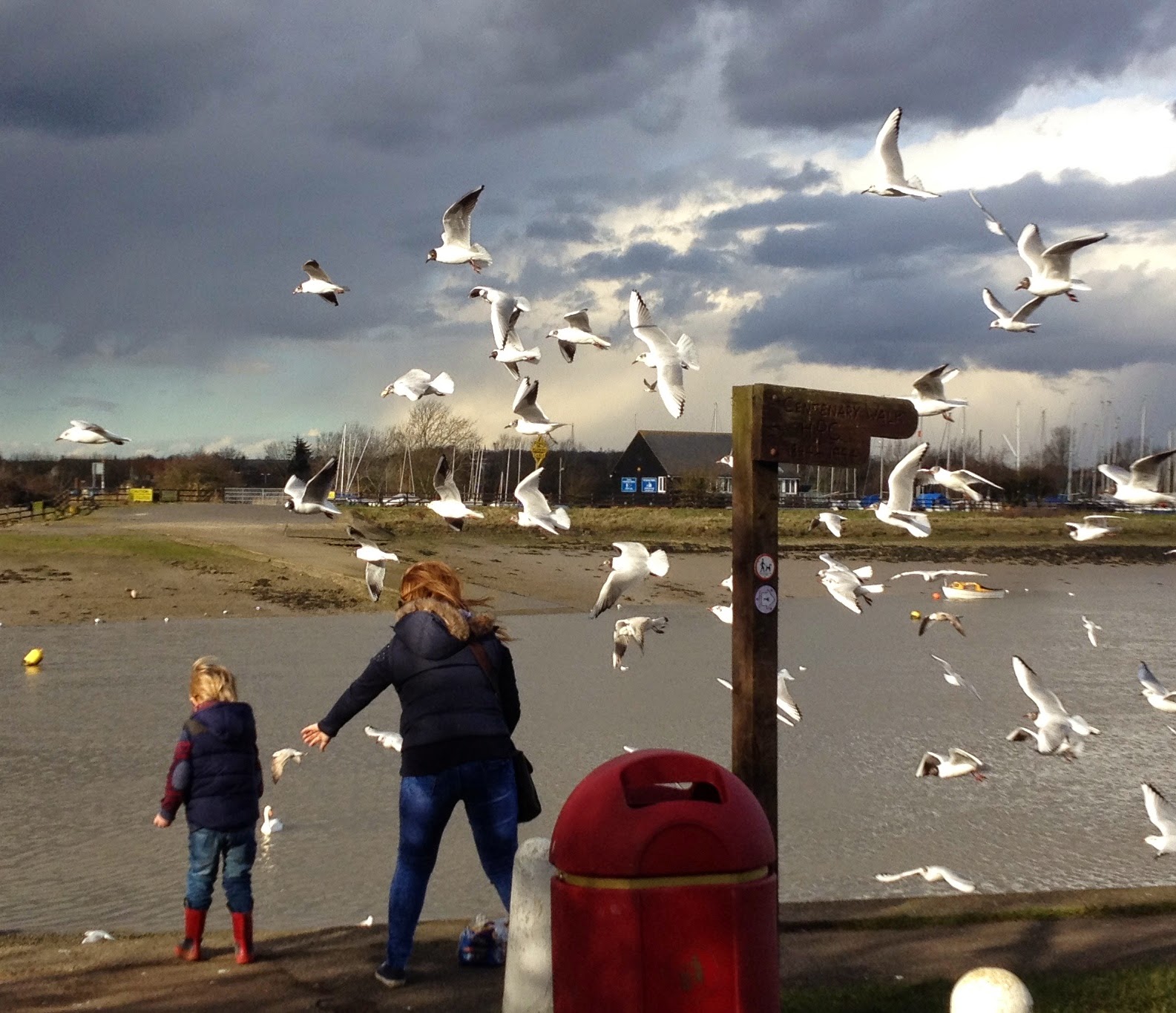 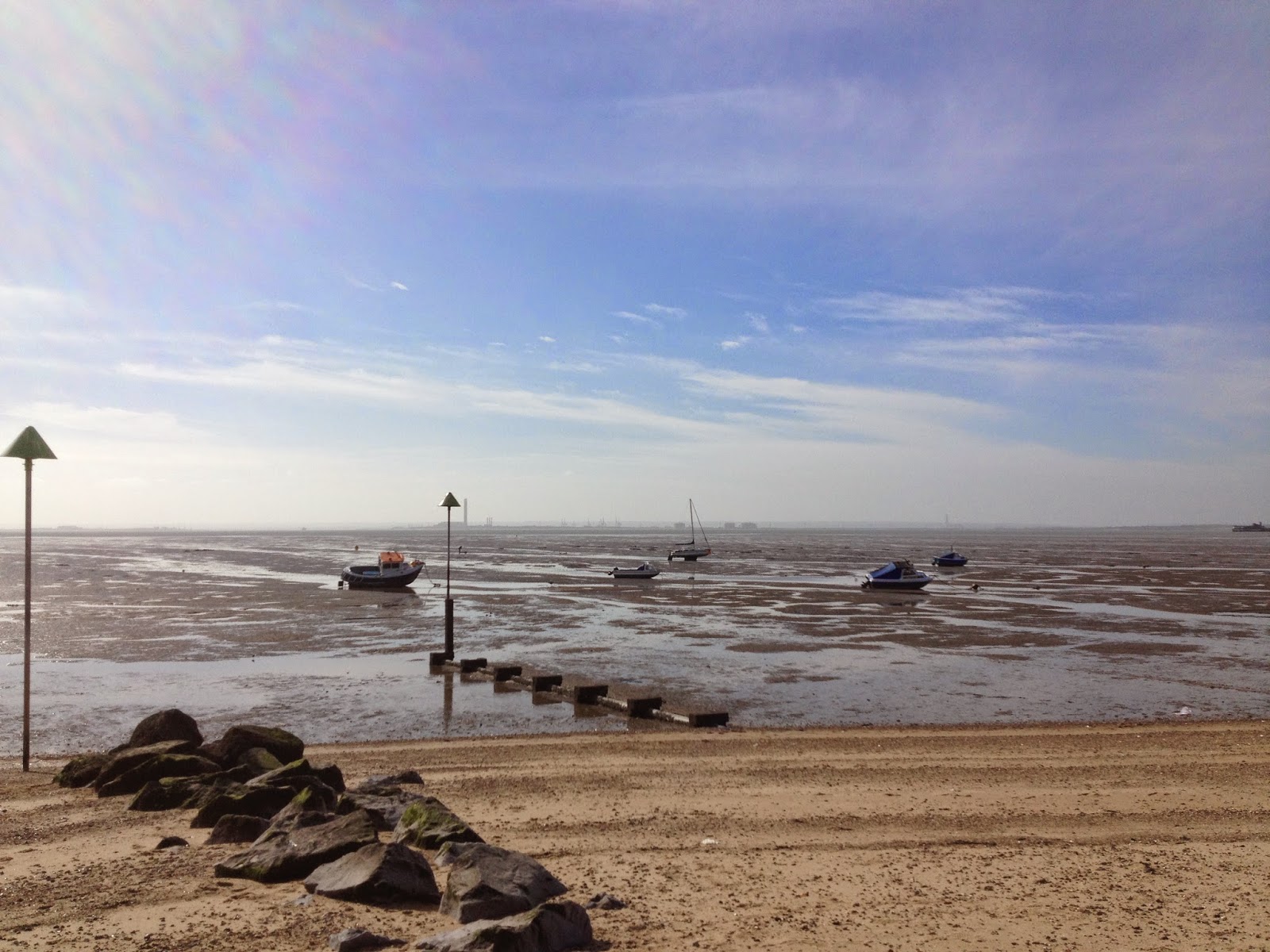 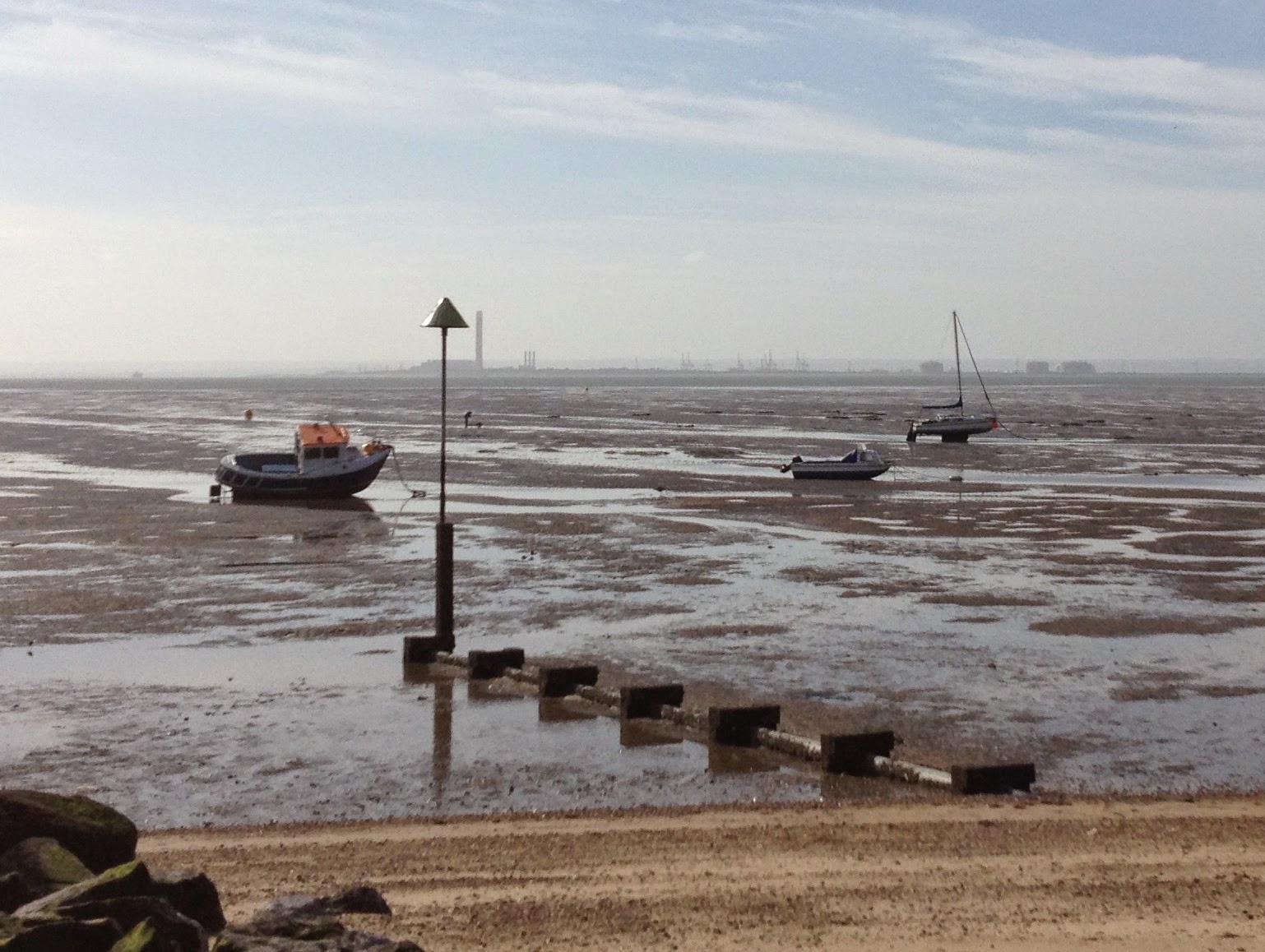 Of late I’ve been occupied with a special project in the back garden, and other enforced activities have prevented me from writing articles for the blog because of lack of time. This evening I have a few minutes to upload a couple of photos. They are of places that have significance for me because of their many associations over the past forty-three years since moving to Essex from the West Country in 1972.

The first photo was taken at the Ferry Road slipway, Hullbridge, overlooking the River Crouch, a place that has become very dear to me.  I’ve lost count of the number of boats I have sailed past that very spot. It is a photograph full of action. A mother and her child are feeding swans while opportunist Black-headed Gulls look for morsels too. Contrasting tones and sharp shadows add to the drama.

The second photo was taken at Thorpe Bay. A long way away on the Kent side of the River Thames, there are faint images of industrial structures at the Isle of Grain, the most distinctive being the tall chimney of the old power station. It can be seen just to the right of the starboard hand beacon at the end of the nearby drain groyne. The detail photo shows the chimney more clearly. By contrast with the Hullbridge scene, this is one of calm and peace.

Please note:
The main photos are both over 2 MB. They are considerably larger than is normal for these pages. I did this so that they could be copied and used as wallpaper.

Nice sentiments Bill. We all have our special places that hold great meaning for us, and these sentiments are univeral, everyone all over the globe have their own - mine are Banks Peninsula in the South Island of NZ and the Northland Coast from Tauranga to North Cape.

Theyre two lovely pictures Bill. A credit to you.