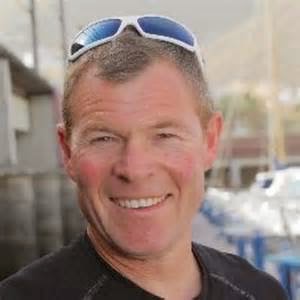 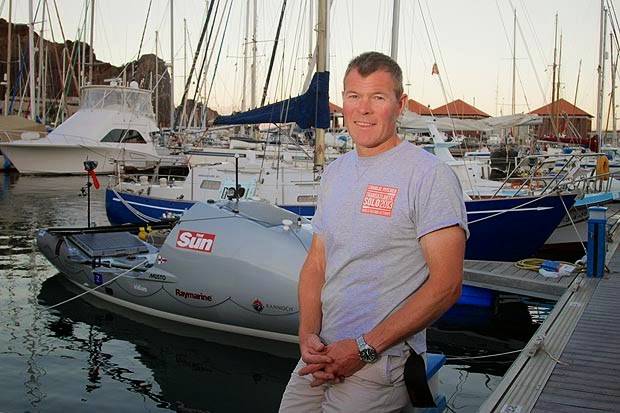 Curious as to how Charlie Pitcher is doing, I did a bit of Googling to come up with the latest news. He now has a new website* devoted to his planned solo row around Great Britain. So far I have not seen a definitive map showing the proposed route. All I know is that he plans to make a last-minute choice whether to row north or south after exiting the Thames estuary. Apparently this will be decided after studying the weather forecasts at the time to gain maximum advantage of likely wind systems.

Tides he can do nothing about. If he chooses to row around Kent and down the English Channel he will most likely find himself rowing against the prevailing SW wind, and he will also have to row against twenty minutes or so of adverse tide twice in every twenty-four hours. If he chooses to row north up the east coasts of England and Scotland and the wind is offshore, he could keep closer inshore than normal to take advantage of smoother water. The problem is finding time to sleep, and of course there are many obstructions such as wind farms, gas and oil platforms, fishing boats, coastal traffic and headlands.

I do not know if he plans to row north of the Shetlands, which technically he should if he wants to actually row around Great Britain, but if he does, he’ll most likely have to make a very good offing to the west after leaving the Islands before heading southwest and south to be well offshore to safely keep clear of the Outer Hebrides and the western coast of Ireland.

The Round Britain Race starts at Plymouth and the course is clockwise, which makes a lot of sense, because the prevailing wind is from the SW, so that when the yachts are sailing west of Ireland and the Outer Hebrides the wind is from behind or on the quarter. If Charlie were to take a similar route he would also have this advantage. This would also be better for rounding the Shetland Islands. Later, he could take advantage of being in the lee of Scotland and England.

Charlie will have no doubt whatsoever that his planned adventure will be the most challenging to date. I still rate his chances of doing it non-stop at 50/50, but I wish him success. If anyone will do it, Charlie is that man.

Incidentally, a new challenger has arrived on the scene, Sarah Weldon. She plans to be the first woman to row around Great Britain and she will attempt to do so in 2016.**

I admire and affirm just about any interaction with our beautiful oceans - but rowing long distances is not for me - sculling or rowing my dinghy is fun and pleasantly relaxing, but not day after day - far better to sail!!