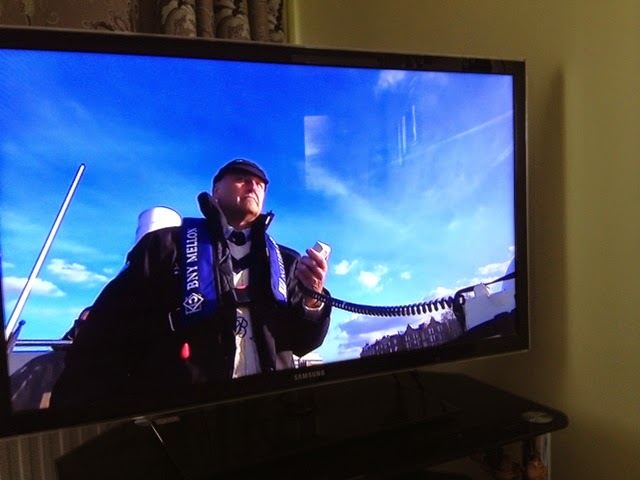 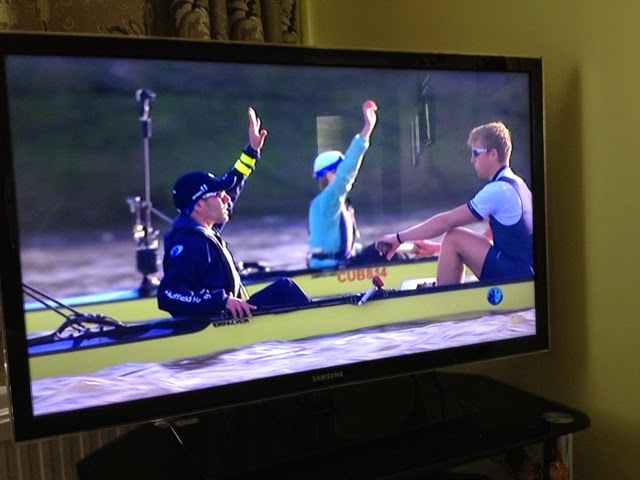 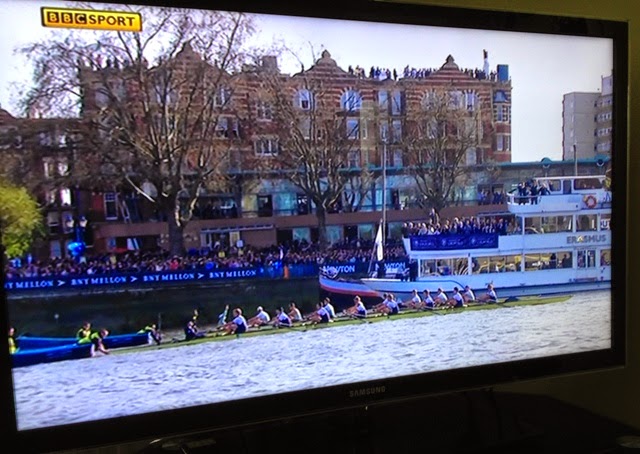 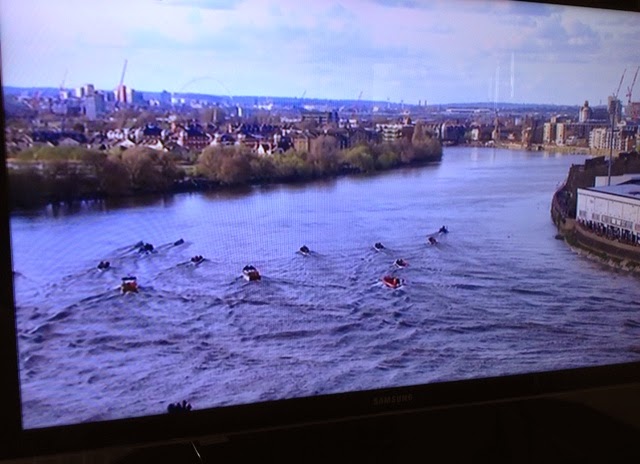 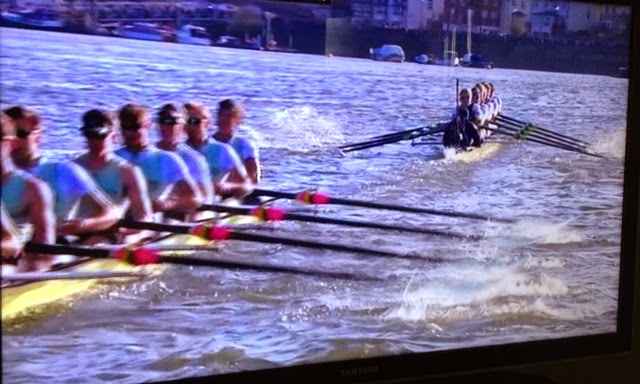 Following on from the previous post, and continuing with the theme of rowing, the annual boat race between Oxford and Cambridge University Boat Clubs took place last Saturday, 11th April. It was a double whammy for Oxford, for both the women’s and men’s teams won against their rivals. History was made, because for the first time since the inauguration of the women’s races, both the men’s and women’s teams raced on the Thames on the same day.

What interested me was the distinct contrast between the efficiency of the boats being rowed and the motorised vessels following in their wakes. The lean, low and long* rowing eights left very little wake; any turbulence came from their asymmetrical sweep oars. Being rowed at an average speed of about 15 mph they clove through the water, whereas the motorized vessels in pursuit threw up enormous washes causing havoc to moored boats either side of the river.

I felt for the men’s Cambridge team, because the Oxford crew were the more powerful. As the distance lengthened between the boats I became concerned as the pursuing flotilla appeared to get closer and closer to the straggler. I did not understand the water flow dynamics, and I couldn’t work out if the Cambridge boat was having a helping hand by being pushed forwards by the combined thrust of the bow waves of the following boats, or if she was being drawn back by the combined flow of water from the propellers.

Other Manufacturers of Racing Shells

Put a sail on one of these with a deep keel and they would go like the clappers!