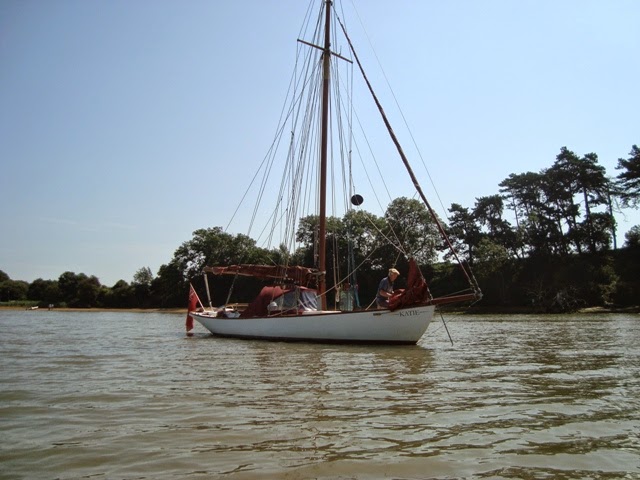 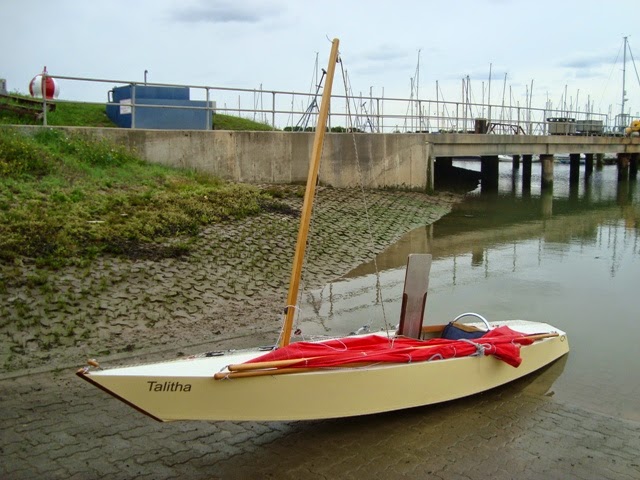 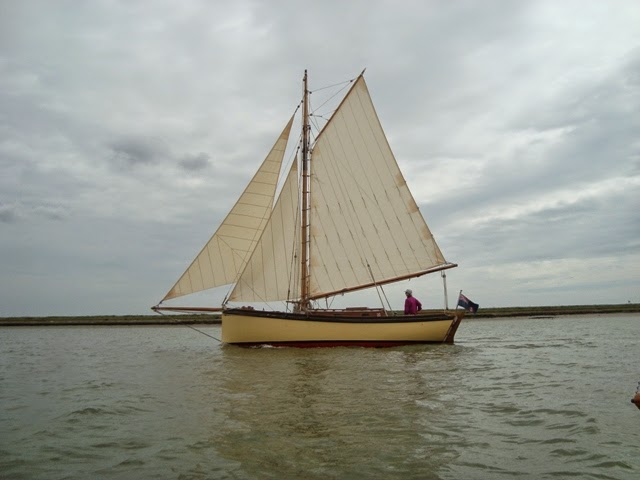 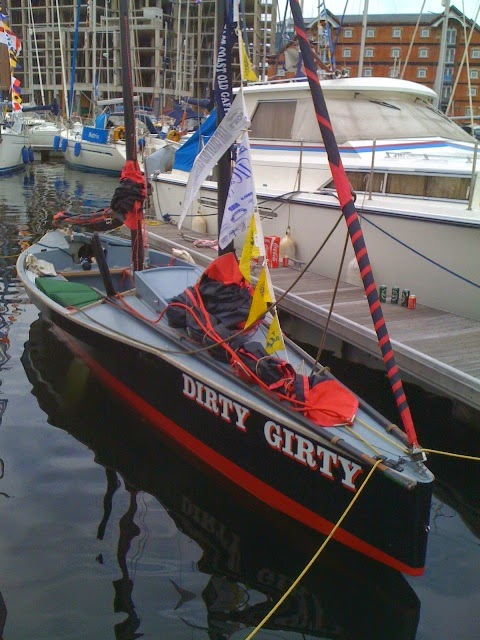 
Here we have four photos of different sailing vessels. I saw the graceful, flush deck gaffer, ‘Katie’ when I was sailing ‘Talitha’ on the River Deben.*


There’s a photo of ‘Talitha’ herself when being launched for the first time at Burnham Yacht Harbour.


I took the photo of the traditional gaff cutter when I was sailing on the River Roach.


‘Dirty Girty’ was at the Maritime Ipswich Festival, 2012.** Strictly speaking she’s not an ‘old gaffer’, but more of a ‘concept’ boat with a good turn of speed.  I later saw her at Walton and Frinton Yacht Club in July this year.


‘Talitha’ is for Sale