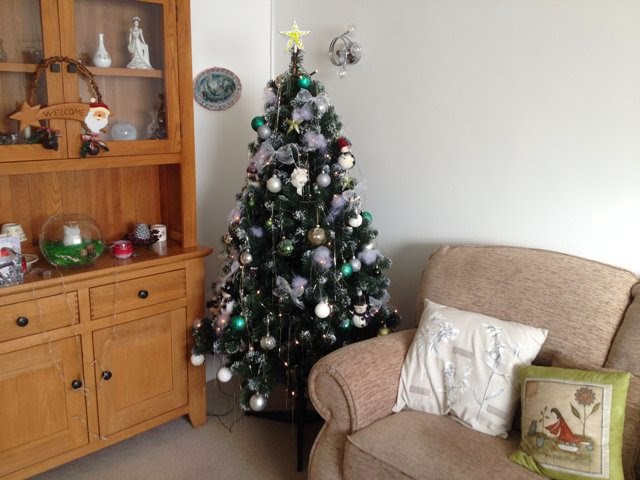 Think back to the time of your youth. What ‘happening’ most symbolized the experience of Christmas? Was it waking up in the morning and seeing a nylon stocking bulging with goodies, hanging at the bottom of the bed? Or was it the excitement of withdrawing the contents to discover what they were? Or was it when you were with Mum and Dad, and the rest of the family sat around the table eating roast dinner and pulling crackers?


The tree would miraculously appear on Christmas Day morning. It was real, roots and all. It stood in a galvanized bucket wrapped in decorative paper. Clipped to the branches were small metal candle holders complete with red candles. Hanging from the branches were colourful baubles, and at the base of the tree there were parcels. We eagerly examined them to discover whose names were written on them.


I couldn’t wait for dinner to be over, so that the candles could be lit, and for us kids to get our hands on the presents. The lighting of the candles was a magical event that transformed the tree by changing its appearance, making it vibrant. Right at the very top, there was a golden star that glistened in the shimmering light.


I knew of Father Christmas or Santa Claus, as some called him, and when I was very young I really believed in him, but there came a time when I knew it was all lies.  He did not exist! My trust in adults was somewhat dented, and belief had to be founded on facts. Fairy tales did not wash.


Much later when the question of believing in Jesus was put to me, I had to get hold of the facts to see if I did, or could believe in Him.


When I was a kid I attended Sunday school, I went to church, and I even sang in a choir. In early adulthood I thought I believed in Him because I was very active in church affairs - even taking part in meetings, attending bible study  and prayer groups, ringing the church bells, making posters, cutting the churchyard grass, ferrying people to and fro, and being nice etc., etc..


But it wasn’t until much later I was able to understand the symbolism of the Christmas tree, and to know and believe the truth of what it symbolizes. The evergreen tree is reckoned by some Christians to be a symbol of eternal life – eternal because of being evergreen, and life because many living plants are green. The tree points upwards. There, in Heaven above, is a Star - a Star brighter and stronger than any other.  This is a Star that was before the beginning of time.  Understanding the significance of this Star and knowing Him is the work of the Holy Spirit. Through the reading and preaching of God’s Word, His shimmering, golden light enters into peoples’ hearts, and imparts new spiritual life by His grace. They know Him and they put their trust in the Son of God who died and rose again for their salvation. He is the Bright and Morning Star spoken of in the Book of Revelation, Chapter 22, and verse 16:


“I, Jesus, have sent My angel to testify to you these things in the churches. I am the Root and the Offspring of David, the Bright and Morning Star.”
Posted by William Serjeant at 4:03 pm