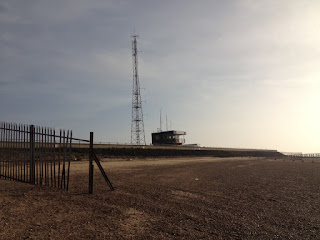 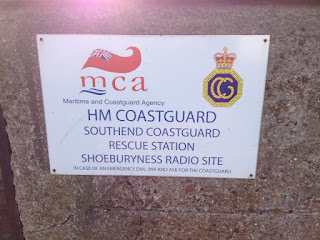 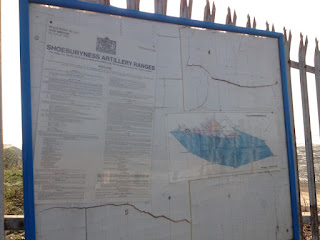 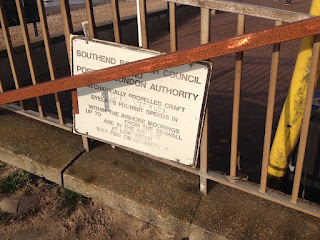 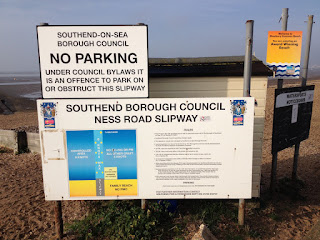 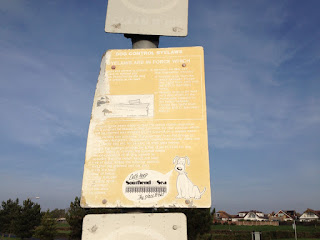 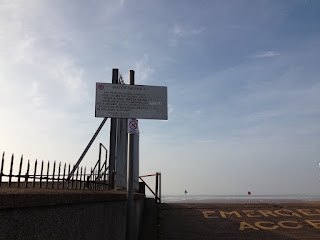 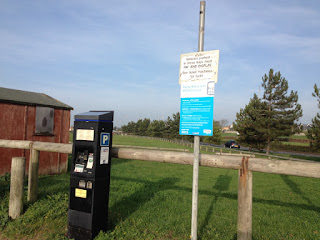 Some months ago I was at Thorpe Bay where I had a look at the public slipway by Southend Coastguard’s Rescue Station. There was a Southend Borough Council official supervising activities and collecting launching fees.The cost of launching a motorised vessel, including a jet ski, was in my opinion excessive, something in the region of £35, if I remember correctly. I spoke to the official to enquire if the same fee applied to sailing dinghies, and he said there was no charge for them, providing they were not equipped with an engine. Trailers could be placed beside the slipway when  not in use, but towing vehicles had to be parked elsewhere. There were a few spaces on the road leading to the slipway, but to use them an additional parking fee had to paid. About three-hundred yards away there were several free parking bays, but finding an empty one was unlikely, since it was the height of the summer season, and the beach was crowded with visitors.

The official was sympathetic when I suggested to him that the fee was high for what was being offered. He said he had no option, but to collect the fee required. He acknowledged there wasn’t a freshwater facility for hosing boats and trailers after use, neither were there changing rooms or showers. The nearest public toilets were 300 yards away at a car park where you would probably have to leave your car after launching your boat. Meanwhile, if you were on your own, your boat would be left unattended at the end of the slipway, unless the official was free to look after it.

The most astonishing thing for me was the prolific number of signs setting out rules and regulations for use of the slipway; where you could go, where you were prohibited from going, what could be done and what could not be done. Even more astonishing was the state of some of the signs - words were missing or faded, making the signs intelligible. If you were to try reading every sign it would take you a good 20 minutes, and because some of the instructions are technical you wouldn’t be any the wiser!

I would give a generous 2 out of 10 to Southend Borough Council for the facility - one point for being able to park road trailers beside the slipway and one point for providing buoys marking a channel for separating swimmers from boats using the slipway. Personally, I think the Council should be ashamed.
Posted by William Serjeant at 9:28 pm

I agree with all you say Bill, its revenue gathering at its meanest. I rode past on a beautiful summers day last June and couldn't believe the draconian nature of the setup. Shameful is probably not a strong enough word, considering that most users would also be rate payers!

Surely they deserve one point for at least having a slipway. There are many places around out coast where it is not possible to launch at any price.

OK Alastair, perhaps I’ll add anther point for providing a slipway. My gripe is not about the slipway, apart from the excessive fee for using it, but about the slipshod maintenance of Council signs.

I don't consider myself either a vandal or an anarchist but I have at times been a take it to the streets protester. Without wanting to incite vandalism of any kind my 'tongue in cheek' suggestion would be to pull the old signs down and post them back to the council with a list of suggestions for improvements. 35 pounds for launching a boat is a bloody outrage and my suggestion here would be for owners to get together and simply refuse to pay - There is strength in numbers and many positive changes have been bought about by group protest. What next from the local council? An air breathing metre? and a monthly charge to pay?

Popped to the slipway for a evening tide !! Got there and found the yellow gates pad locked shut ! Thought it was a public slipway?? It's disgusting the amount they are charging ! Someone said £38 ? I've got my ski for fun for my kids etc , amazing how the council ruin things ...
Getting to the stage I'm going to sell it . Thanks