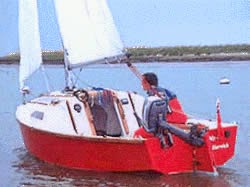 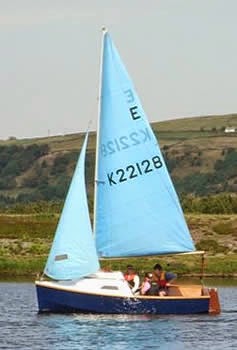 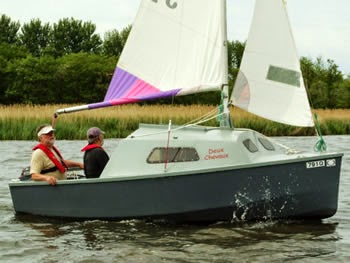 Now and again people phone me or send emails wanting advice about small sailboats. I am always happy to help where I can. Yesterday a fellow said he had bought a Seawych 19, but when he attempted to rig the mast, he discovered the shrouds were too short. Was there a way he could overcome the problem without too much expense and hassle? I suggested he did what I had done with one of my boats, and that was to cut lengths of chain to fill the gaps. The chain could be taped or encased in hosepipe to allow free movement of the jib sheets. It worked with my boat; no doubt it would work with his.


This morning I received another request. Could I answer a few questions? “How long does is take to build a Paradox?” and did I know of another similar boat that might be suitable for him and his wife for sailing the Broads and the East Coast rivers. He would also want the boat for extended solo coastal cruising.


In my opinion Paradox is too small for a crew of two. I know that people have done it, even for up to a fortnight, but how that was achieved without tempers being frayed I can’t imagine. Each must have had a high degree of tolerance for the other. I took my grandson for an afternoon’s sail aboard ‘Faith’, my old Paradox, and I found that there was barely room to move around. It would be better with ‘Minnow’, my latest Paradox, because she has a removable washboard, allowing one person to sit on the aft deck. Another possibility would be to make a soft top to the coachroof so that it could be rolled away. This would allow the forward crew member to sit on a transverse seat, well clear of the aft one. Either person could steer the boat by using the tiller lines.


I would suggest that Paul Fisher’s Lynx 14* might be a better boat than a Paradox for someone who wants to sail the Broads and local rivers with a companion, plus do some solo coastal cruising.


The Lynx 14 is considerably beamier than Paradox, and therefore she will not so easily fit into an ordinary garage, and that is a factor when considering winter storage. One of the attractions of Paradox is that she will fit into a garage, and she can be built in one. This latter consideration will not be a limiting factor for the enquirer, because he has enrolled on a boatbuilding course at the IBTC Outlon Broad, and it is there he wishes to build his boat.


Dimensions of a Lynx 14


All photos are copied from http://www.selway-fisher.com/index.htm


*Plans for a Selway Fisher Lynx 14