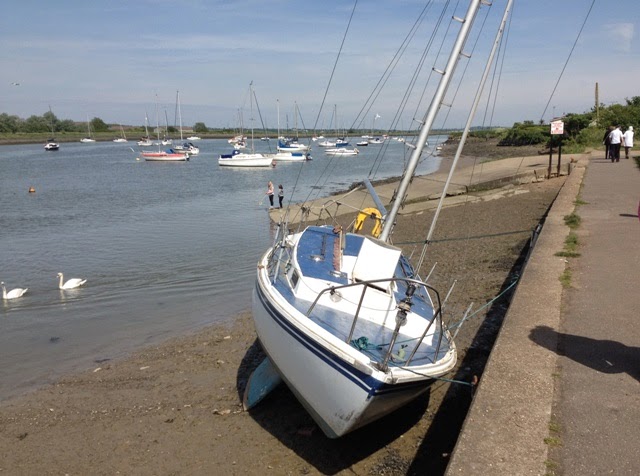 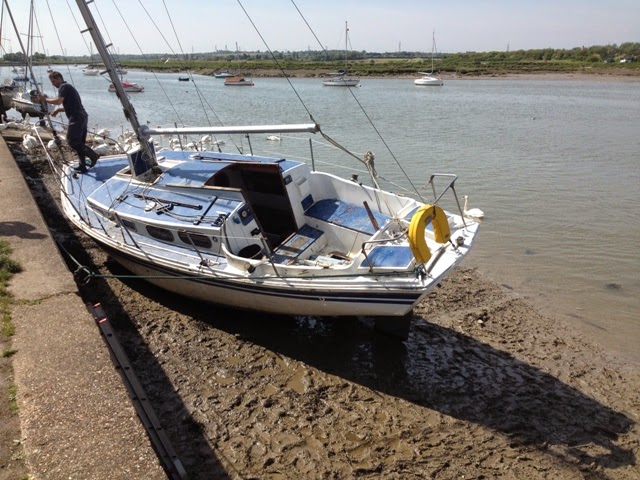 Minus her port keel 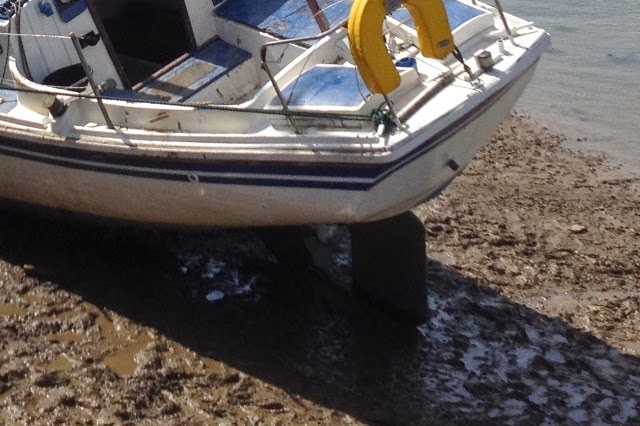 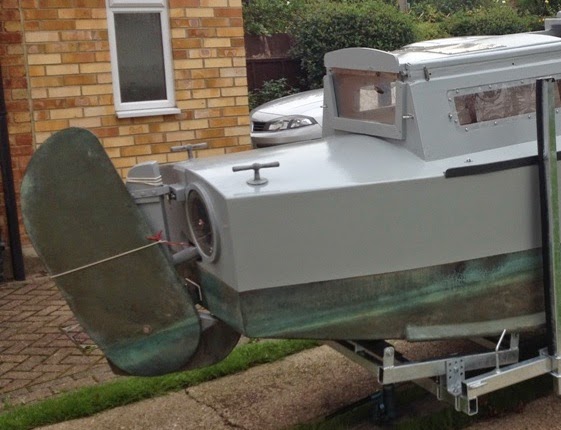 
On December 11th 2011 I wrote* about a Macwester 30 twin keel yacht, or at least, I thought she was a Macwester 30, but the author of two related comments said he believed she was a Macwester 28. Whatever the case, I saw the same yacht alongside the quay at Hullbridge last Sunday afternoon. By the way she was settled on the mud I knew she had lost her port keel. I spoke to a person I assumed was the owner, and he informed me the keel had come off when the yacht was on her mooring. He said he had temporarily sealed the hull with expanding foam, and that he was waiting for high water so that she could be taken ashore for inspection at the Up River Yacht.


What intrigued me was not so much her missing keel, but her relatively small rudder which is small in comparison with the area of her underwater lateral profile. I suppose the same could be said of many yachts, but Paradox is an exception, since her large rudder acts as a keel by providing lateral resistance. Generally, the further aft a rudder is from the centre of lateral resistance, the more leverage it has for turning the boat. Obviously, if a rudder is ridiculously small, it will have little effect. Therefore there must be an optimum proportional area relative to the lateral profile area of the hull according to where the rudder is located. The speed of a vessel, the amount of heel, whether it is a balanced rudder, and how it is hung in relation to being vertical on its axis will also affect how a rudder performs.


James 3:4 ‘Look also at ships: although they are so large and are driven by the fierce winds, they are turned by a very small rudder wherever the pilot desires.’