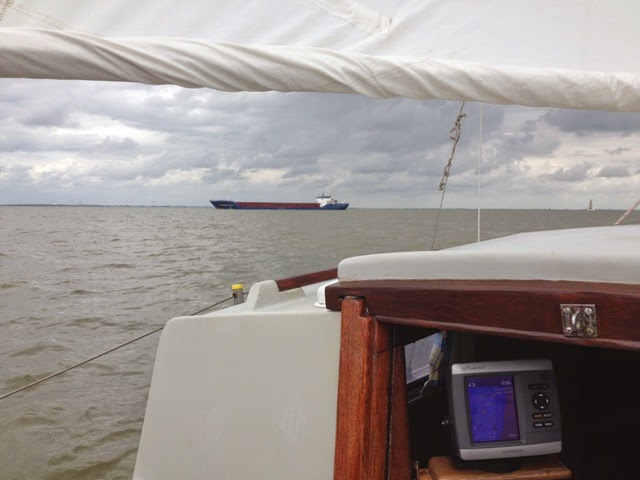 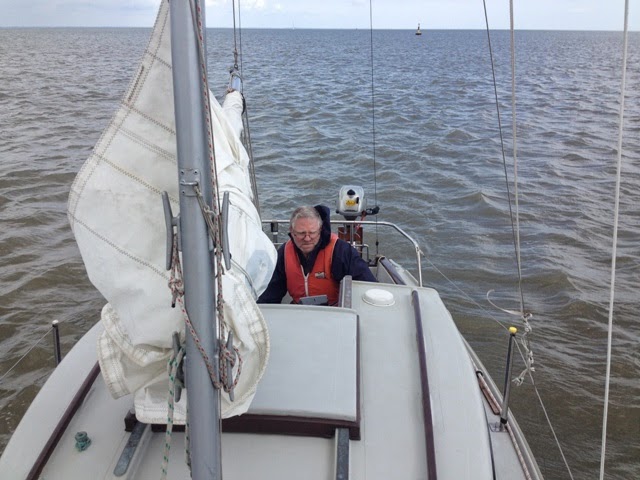 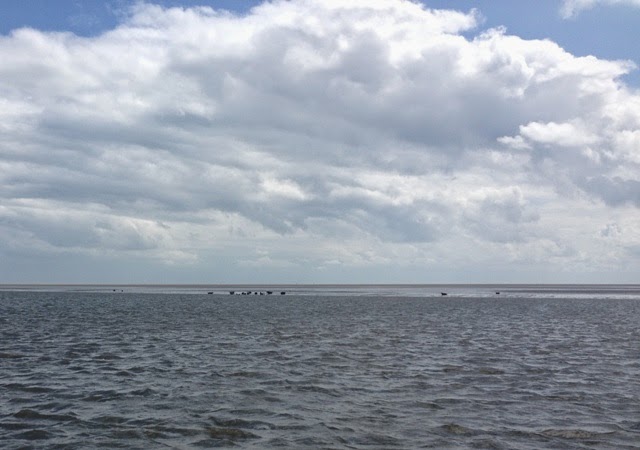 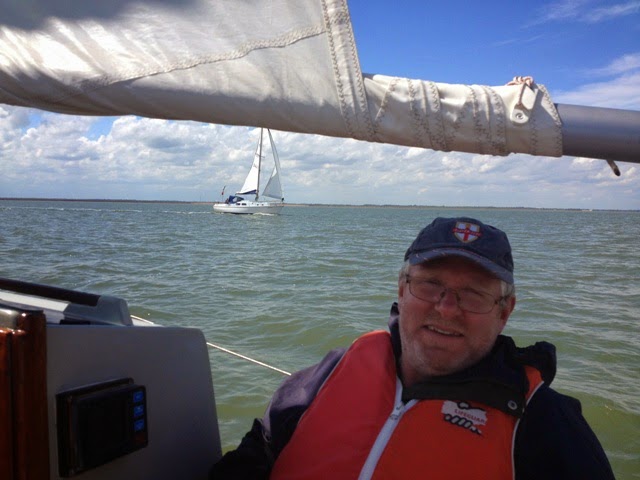 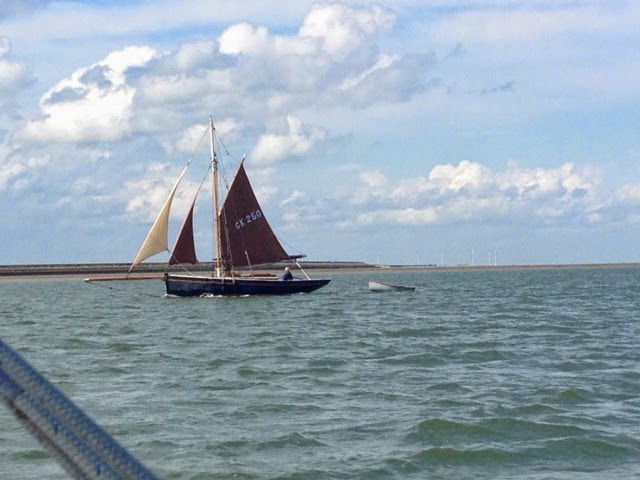 I had the honour of being a guest aboard ‘Ladybird’ for her first sail of the season. I was rowed by her skipper from the Rice and Cole pontoon to the yacht. Making headway against the ebb while edging to windward took a fair amount of effort, but we made it. I did the easy bit, which was holding the painter until gear was transferred to the cockpit.


Apart from one or two dark clouds, conditions were almost perfect for a sail. There was a Force 2 from the south which hardly fluctuated. Under reefed main we beam reached to the east. The new Garmin GPS showed our position, track and speed. We almost had the River to ourselves. Beyond the Crouch Buoy where the water shallows, two or three motor launches were anchored for fishing. When they were well astern, the skipper went below and conjured up cups of coffee.


After an almost imperceptible sprinkling of rain, the sun appeared and stayed with us for the remainder of the day. A vessel carrying spoil from the Cross Rail Project passed to port and tracked along the north side of the fairway. I took a photo of her. There were a number of racy looking yachts that were motor sailing in the opposite direction, possibly en route for Brightlingsea or perhaps Bradwell, via the Swin Spitway.


Shortly after 1230 ‘Ladybird’ lay to her anchor in the lee of Maplin Sand where there was a colony of seals. We went below for a picnic lunch and to warm up. We relaxed and chatted; now and again we glanced through the windows towards the seals. The GPS kept anchor watch.


Low water at Burnham was roughly at 1430, and just before slack we got underway for the return trip. The skipper raised the anchor, and as he stowed it and the chain, I steered towards the entrance of the Crouch. The scene was transformed. Yachts were coming and going. I was interested in a gaff-rigged yacht that overhauled us.  We were not in the least hurry, being content to jog along under reefed main.


Not far from the outermost moorings of Rice and Cole there was an isolated buoy that we used to practise picking up under sail. The skipper’s second attempt went well, giving us confidence for picking up ‘Ladybird’s’ mooring. The Foulness Firing Range Safety launch hurtled by on her way towards Burnham.  She hardly caused a ripple. Firing on the range had ceased, and the crew obviously wanted to get home quickly.


Picking up ‘Ladybird’s’ mooring went well. We had enjoyed the sail.


My experiment of getting back on the water proved a success, but I am uncertain whether I shall ever want to take ‘Minnow’ sailing again - only time will tell.
Posted by William Serjeant at 11:36 pm

Hello Bill, lovely to hear that you got on the water again.
By all accounts you enjoyed your day!

Friday was one of those rare days when the rewards were high. It was hassle free and relaxing. Companionship and conversation couldn't have been better. The sailing was pretty good, too.

Yes, I did enjoy the day.