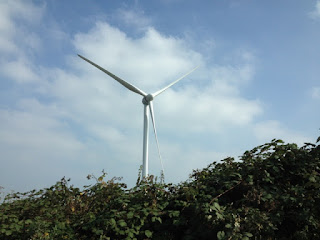 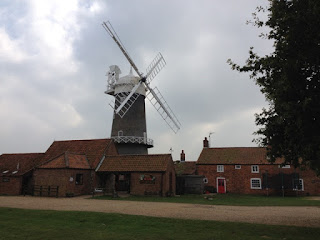 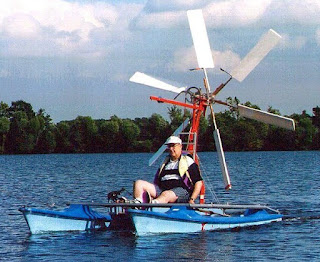 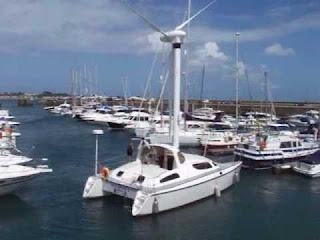 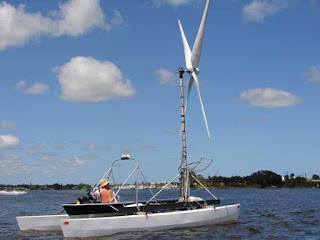 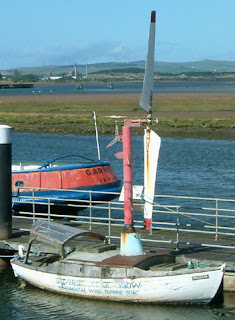 I was in Cambridgeshire last weekend and I strayed into Lincolnshire by the River Nene where I saw wind turbines in action generating electricity – just about, as there was hardly any wind! I also crossed the border into Norfolk where I saw Bircham Windmill, but unfortunately it was closed to the public. Both structures harness energy from the wind, and according to Wikipedia, wind sails have been in use for this purpose for two millennia.* It is not therefore beyond the wit of man to have invented a wind-powered sailboat employing a propeller for moving his vessel; indeed, it has been done. I don’t know of the first recorded example, but there are several verifiable modern sailboats driven by propellers. Peter Worsley’s is one such boat: http://www.sailwings.net/images/evestandhires.jpg  and see http://www.sailwings.net/shrouded.html  .

Dip into some of the websites in the Links section below for other examples, particularly the YouTube videos.

Sailing faster than the wind
https://en.wikipedia.org/wiki/Sailing_faster_than_the_wind

The last time I saw one of these was in the 1970s here in Whangarei. It was made by a Mr Jim Bates who among other things ran a foundry at McLeods Bay making rather nice cast bronze winches. He was a great inventor and in his younger days was on Sir Edmond Hillarys team that went to the South Pole on Fergie Tractors. This was a rather controversial act at the time as they were supposed to be laying supply depots of fuel for Sir Vivian Fuchs Polar expedition. When they finished laying the fuel drops they set out for the Pole beating Sir Vivian, whoops!

To make his windmill boat Bates cut a Yachting World Diamond yacht right up the middle and widened it, then fitted his wind propulsion device. It was very successful and I remember seeing him puttering around the harbour.

Thanks for that Alden.

I like the Yachting World Diamond, and I had the good fortune to crew on the first one to appear at Burnham. She was close-winded and fast.