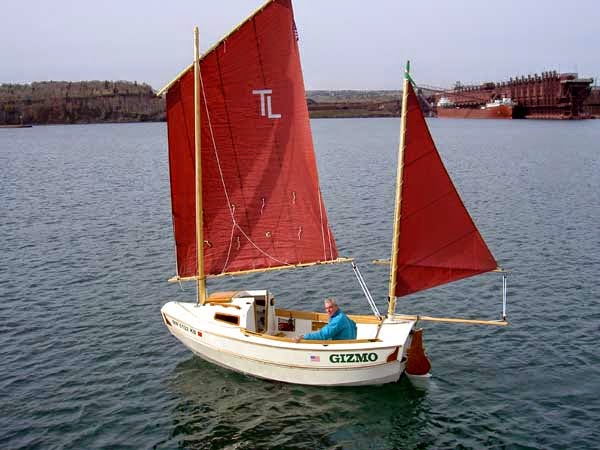 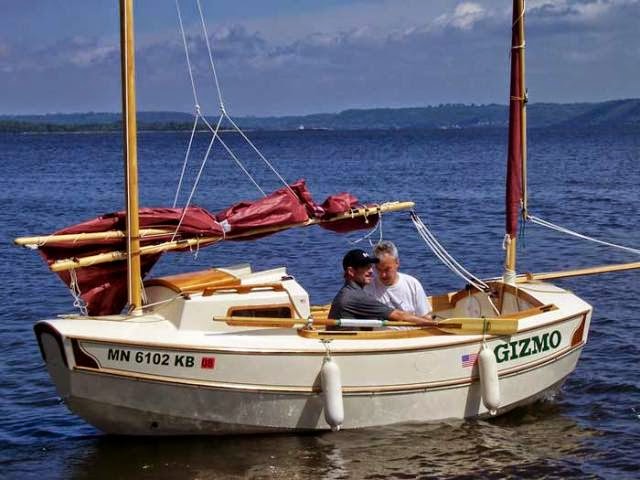 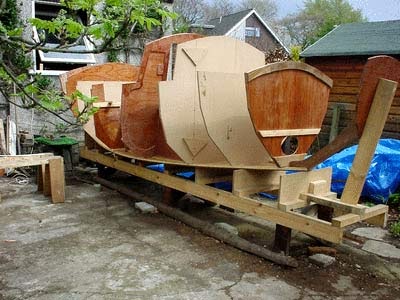 I was recently asked for my thoughts on John Welsford’s Tread Lightly. She’s a 13’ 4” by 5’ 5” cat yawl for one person to cruise sheltered waters such as those of the Thames Estuary, and the tidal rivers of Essex and Suffolk.


When I built Micro* I was in correspondence with John and he asked if I would be interested in a design he was working on, a larger single-hander he named Tread Lightly. I was, and he sent me a set of plans for publicizing on my Small Sailboats website. I was considering building something similar, but was very much taken with Matt Layden’s Paradox, and in preference to Tread Lightly I built ‘Faith’**.


I opted for the heavier displacement boat and I liked the concept of being able to sail her from within her cabin. In my opinion she was more powerful and better suited for the sort of long distance coastal cruising I had in mind. More than that, Paradox seemed simpler to build, although in fact it took an awful lot of effort. I preferred the single furling lugsail to the combination rig of TL’s balanced lugsail and a sharpie spritsail mizzen.  The 5’ 5” beam of TL made her impossible to build in my garage, and that was another reason why I chose Paradox with a beam of 4’ 1/2 “.