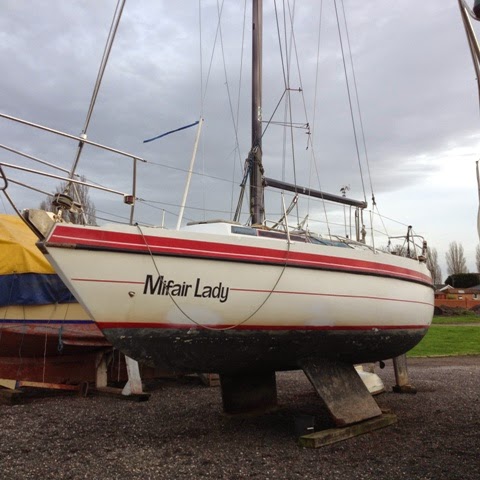 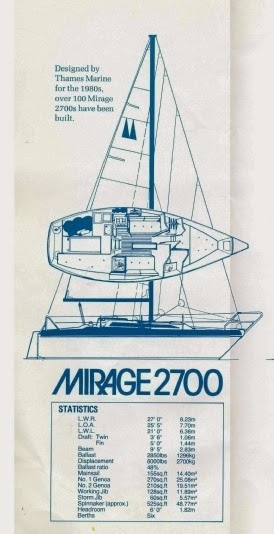 Here we have another development of the Mirage range of yachts by Thames Marine. You’ll note that the 2700’s deck has been raised higher than the Mirage 28’s deck by the addition of a lip around the entire moulding. Apart from that she’s similar to the Mirage 28, but shorter by more than a foot on account of her stern being truncated and the transom being more upright. The upper moulding and a lower profile cabin trunk of the 2700 account for both boats having the same headroom of 6’. The fin keel version has more draught than the 28.

Around Britain in a Mirage 2700 by Stan Lester
http://www.snapdragonmirage.org.uk/802_Indalo%20around%20Britain.html