Cruising Paradox and Other Small Boats 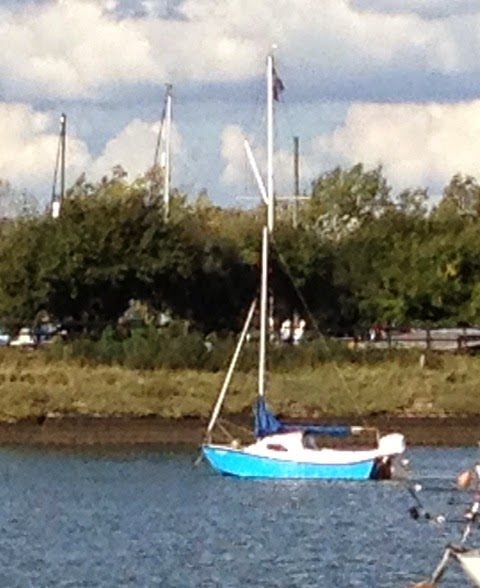 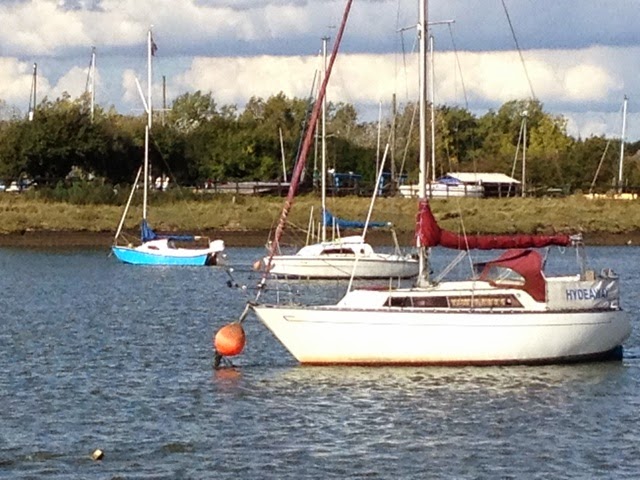 The same Potter on the South Woodham side of the River 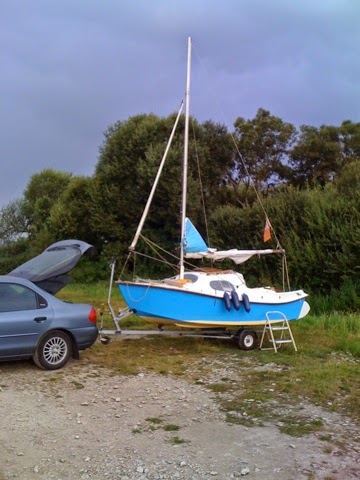 'Sandpiper' on her trailer 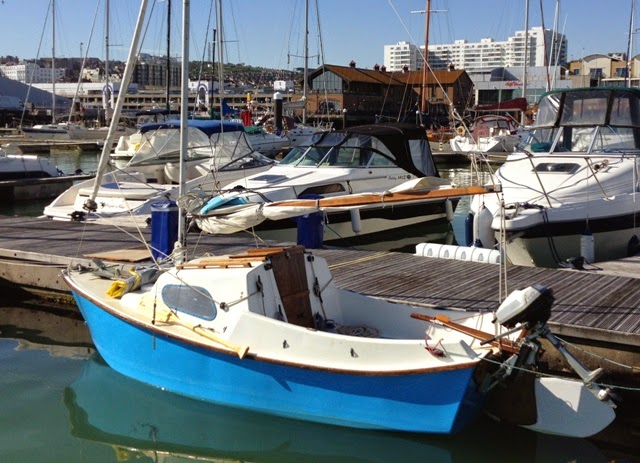 'Sandpiper' at a pontoon 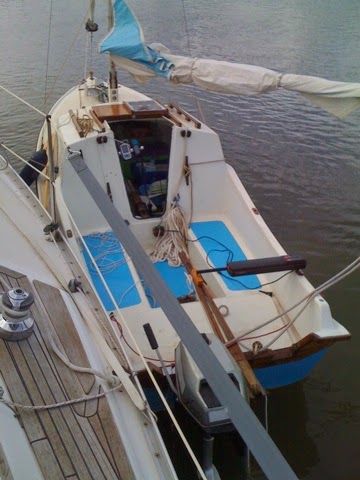 'Sandpiper' moored alongside another yacht 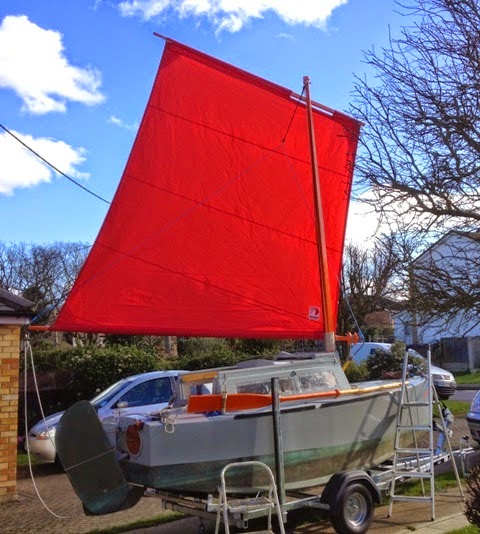 'Minnow' on my driveway 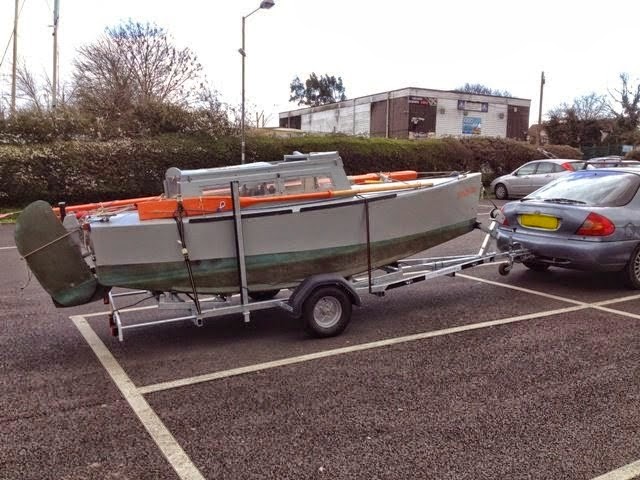 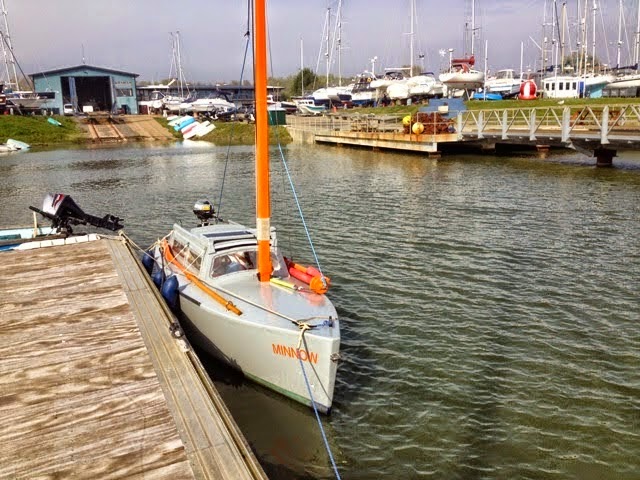 
This afternoon I took a stroll beside the River Crouch at Hullbridge, and to my surprise I saw a West Wight Potter that resembled ‘Sandpiper’. She was on the opposite side of the River by the South Woodham Ferrers Yacht Club, and she was on one of their moorings. ‘Sandpiper’ was the ‘C’ Type West Wight Potter I sailed last year from Burnham-on-Crouch to Falmouth. Without binoculars I could not establish if this Potter was ‘Sandpiper’. If she was, she has been equipped with a far larger outboard than when I had her, and she has been given a sail cover for her mainsail.


Seeing her caused me to reflect on the adventurous ‘voyage’ of last year. I was fortunate not to run into serious difficulties. There were two occasions when things could have gone badly wrong, the most dangerous being off St Albans Head when she was caught in a fierce race with breaking seas, any one of which could have swamped her, had it broken into her cockpit. The other incident was off Bournemouth Pier when she was caught in a squall that nearly capsized her. Having an open cockpit and not being self-draining, she was vulnerable to being flooded. 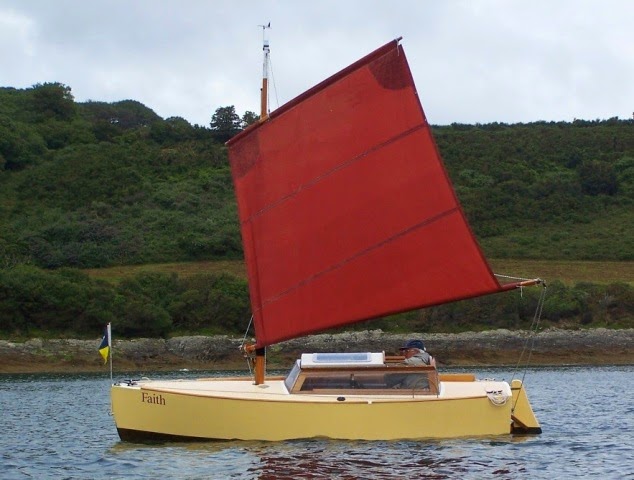 
By contrast, ‘Faith’, my old Paradox was virtually unsinkable. Her enclosed cabin and no cockpit made her watertight when the hatch was closed. Even with the hatch open it would have taken a big curler to have had any chance of getting into the boat. ‘Faith’ was a hundred times stronger, and she was designed for drying out on beaches.


For a flavour of what it is like to cruise small sailing boats you may like to read one or two of my logs. Links to them can be found below. If you fancy trying it yourself, and you are looking for a suitable micro-cruiser, you need look no further, for ‘Minnow’ - my Matt Layden Paradox is for sale as at 27th October, 2014.*


The Cruise Part 1 ‘Faith’ to the Scilly Isles


Here are a few related Links

Not Sandpiper as cabin ports are a different shape

I think you are right. The cabin top looks a bit different, and I can't see any sign of the solar panel.