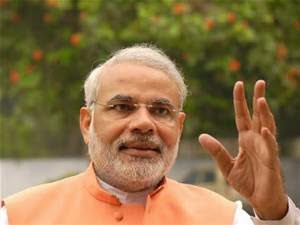 
We have news today of the general election that has taken place in India. Narendra Modi and his BJP Party are celebrating a resounding victory over the outgoing Congress Party led by Sonia Gandhi.  Of 36 parties who fielded candidates for election to the Lower House, the BJP gained a majority of nearly 300 seats. Hard-line Hindu nationalist Modi, has been given the power and a mandate for achieving his aim of improving the Indian economy and of sharing wealth with those who create it, while taking outward steps to engage with the rest of the world on matters of climate change, counter-terrorism, and better trade relations.


The carbuncle that may hinder his expressed desire to represent and work for ALL Indians is a festering scar of discontent and fear caused by his perceived failure to intervene effectively in communal riots of 2012 in his own State of Gujarat when at least 1,000 people died, most of them Muslims – this despite having been cleared by the Supreme Court of India of not initiating and condoning the violence. He has five years of governmental office to prove he is not divisive as claimed by his critics and opponents who believe he will favour the majority Hindus, give to the haves and ignore the poor and needy.