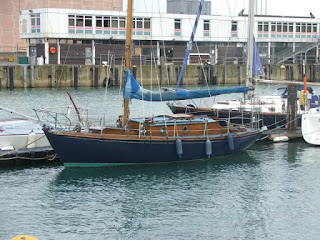 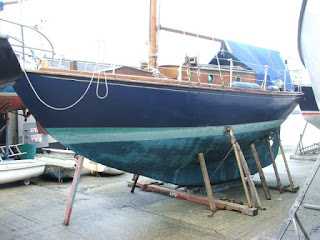 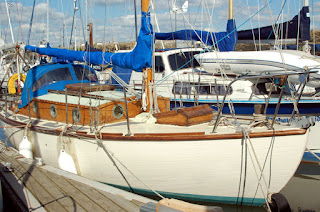 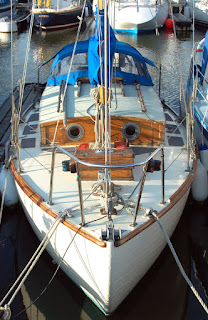 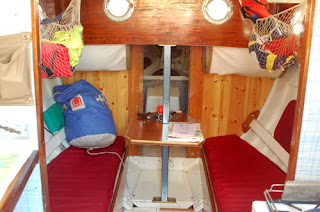 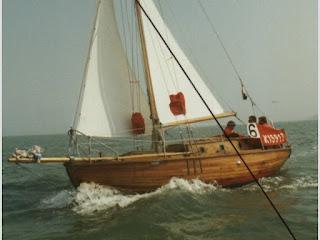 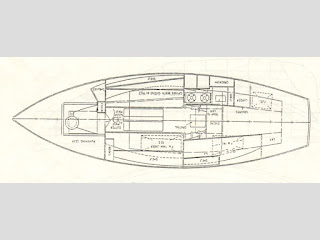 Robert Clark first made his mark in the early 1930s by designing his 39’ Mystery Class* cutter, a very successful crusier/racer, much praised by Dr. T. Harrison Butler in a Yachting Monthy magazine writeup. A number of them were built at Sussex Yacht Works, Shoreham, before World War Two.

Robert is also famous for designing ocean racing yachts for single-handers such as Francis Chichester’s ‘Gypsy Moth lll’ and Geoffrey Williams’s ‘Sir Thomas Lipton’, both participating in the Observer Single-handed Transatlantic Races. He also designed Chay Blyth’s ‘British Steel’ that Chay sailed non-stop from east to west around the world against the prevailing winds. His boats were competitive in the Admiral’s Cup races, notably ’Jocasta’ in 1957 and ‘Caprice of Huon’, in 1965 and 1967. Not content with that he designed the standard 70’ Ocean Youth Club’s training vessels.

With regard to Clark’s Yachting World 5 Tonner, she’s a bit different, being designed for coastal cruising and occasional racing. Smaller and with a transom, she lacks the elegance of his larger yachts, but she has a good turn of speed and impeccable handling. You need only see her out of the water to appreciate her slippery lines. You know her average cruising speed will be at least 4 knots to the delight to those aboard. With metacentric balance she’s going to be light on the helm. She’s what you would call a ‘proper’ yacht, stoutly built by Robert King of Burnham from teak and mahogany on steamed oak timbers or by Carnell Brothers of Maylandsea, from pitch pine and larch on oak. Her long, cast iron keel gives ample stability and holds her on course. Sleek lines aft leave hardly a trace by way of a wake, save for a few ripples, soon lost in the vastness of the ocean. Her deep cockpit, high coamings, wide side decks, guardrails, pulpit and pushpit are all excellent safety features.

Down below in the warm glow of her varnished wooden cabin there are two settee berths, one either side of a centrally fixed folding table. There’s a quarter-berth opposite a well-equipped galley to starboard with a gimballed twin burner paraffin cooker and a sink with pumped freshwater. Under her companionway there’s a reliable Stuart Turner 11 HP Sole diesel engine. Forward of the mast in the forepeak, there’s a Baby Blake sea toilet with a ventilation hatch above.

As she is driven by the wind, her helmsman has every confidence in her fractional sloop rig. (Some were rigged as cutters.) The smallish jib is easily sheeted by the use of winches, and her generous main is reefed by rotating the boom. Running backstays help support the well-stayed wooden mast. (Some YW 5 Tonners were given bowsprits and bumpkins with fixed backstays.)

I like Robert Clarks designs. The Metacentric rule did produce well balanced boats. I don't every remember seeing a Clarke design that had the bulges and hull distortions that were the result of the early RORC and IOR rules.