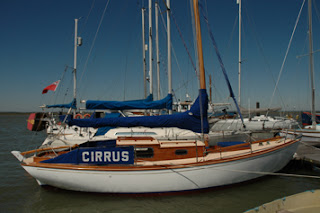 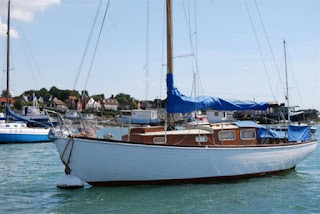 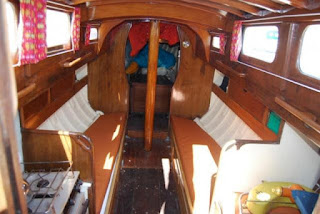 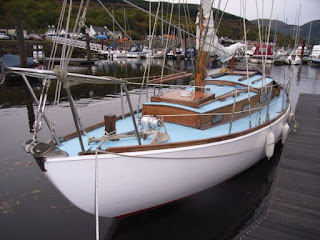 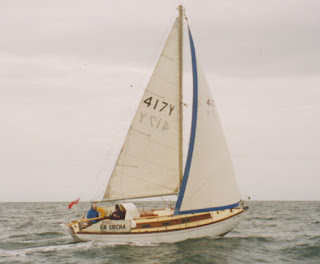 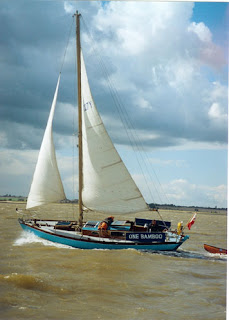 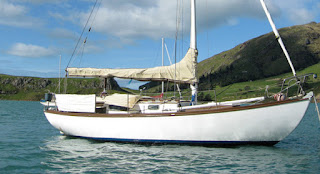 Quite a few of these1950/60 carvel mahogany, masthead sloops remain in commission. Over a hundred were built, mostly at William King’s of Burnham-on-Crouch, and others at Dixon’s and Kerley’s of Maldon until 1971. The first was built at William King’s in 1957.  They were designed by Alan Buchanan to a specification meeting the requirements of a committee of East Coast yachtsmen who wanted an affordable, restricted class yacht for local club racing and cruising.

‘One Bamboo’ - an East Anglian
http://www.buchananownersassociation.org/HTML/One_bamboo.html

Bill, seasons greetings to you and yours.

In my opinion the nicest of this type (moderate proportions, stern hung rudder, long keel ) that Alan Buchanan designed was 'Barbican' that was built by Kings for the late Bernard Hayman a long serving editor of Yachting World magazine. I always thought that the Barbican design would make an ideal deep water single handed yacht. It would be good if you did a post on Barbican - I would love to see if you can tease out from somewhere photographs of her that I have not seen! or possibly photos of her sisterships.

I entirely agree. A lot of thought went into 'Barbican's' design to meet Bernard's requirements. I saw her now and again at Burnham-on-Crouch. She was a very substantial, impressive yacht - the sort that gives you confidence because of her sea-keeping qualities. You know that she will not let you down - she will look after you, no matter how difficult things become. You'll be able to sail off a lee shore in a full gale.

I'll have a look around to see if I can come up with anything;