Maurice Griffiths and His ‘Eventide’ Yacht 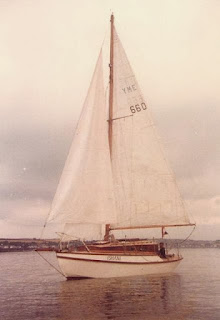 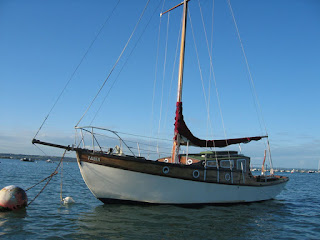 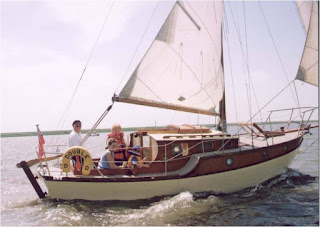 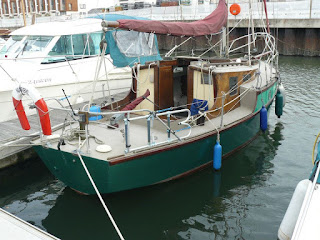 Many yachtsmen will have affectionate memories of sailing and owning boats that were designed by Maurice Griffiths, and perhaps thousands of amateur boatbuilders will have had enormous satisfaction from building boats according to his plans.

I first got to know of Maurice Griffiths when I was a boy by being roped in to help with the building of a Griffiths Wild Duck.* My task was to drive copper nails though the hull planking and to hold a dolly while the roves and nails were hammered home on the inside. My reward was to occasionally sail with the owner and his son after her completion. His son Bill was my best friend, and it was because of his father that I became interested in boating and sailing. Bill’s dad encouraged me to build a canoe and to rig her with sails. That’s how it all began. The name of the canoe was ‘Tyrol’.**

When Bill was older, he built for himself an Eventide 26 that he named ‘Ishani’. Together we sailed her on the waters of the Bristol Channel and to the Isles of Scilly. Our biggest adventure was an extended cruise to La Corunna.*** We had hoped to sail to the Azores, but circumstances dictated otherwise.

With firsthand experience of building and sailing yachts designed by Griffiths, I have a passion for them, particularly his magical Eventide. She has a quality that excites and fires the imagination, just as does his books, especially, ‘The Magic of the Swatchways’.****

How Star Yachts Built a 25’ Eventide - in Pictures
http://intheboatshed.net/2014/10/12/how-star-yachts-built-a-25ft-eventide-in-pictures/

Oh Bill, I absolutely loved Magic of the Swatchways, what a book. I think I must have read several times, cover to cover. It must have been my most borrowed book from the central library in Cambridge.