‘Pike’ versus the Patio Wall 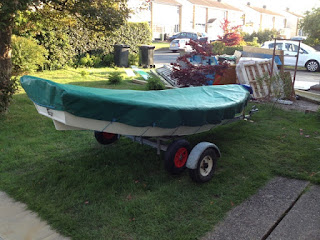 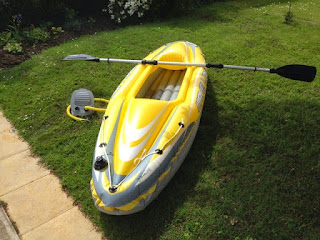 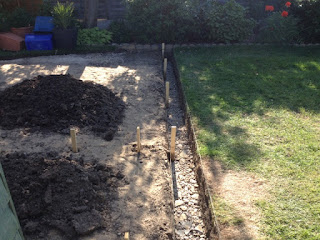 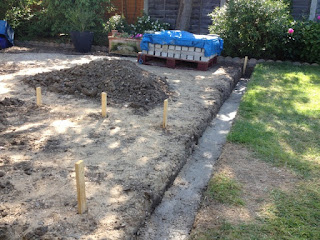 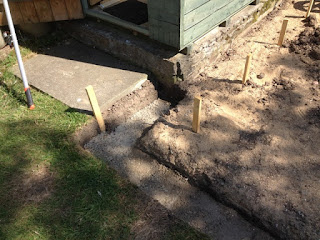 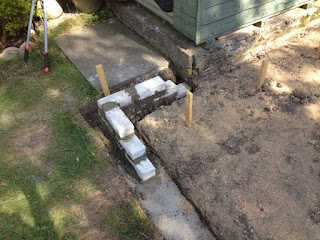 I didn’t completely ignore ‘Pike’ today, because another visitor came to have a look at her and to collect my old inflatable canoe that was advertised for sale at the blog.

Various hurdles prevented me from working on the patio until after lunch, and I only had a limited time to try my hand at bricklaying before having to collect my wife by car from the railway station.

At least, I was able to mix a small batch of cement and build the basis of a corner at one end of what will constitute the wall.

The other day I looked at a YouTube video* demonstrating how to lay bricks. The brickie made it look easy. Obviously I have a lot to learn, but the bricks I am using are not standard; they are in fact, what is called ‘pitched walling’. They would appear to be made from concrete which has little porosity, unlike house bricks. Getting cement to adhere to them is not as easy, and because the edges are ragged and slightly convex, keeping the joins tidy is nigh impossible.

Other demands upon me tomorrow will only leave me with part of the afternoon for wall building.

Still, some progress is better than none. The sooner I finish the patio, the sooner I shall have time for playing with ‘Pike’.

*The Art of Laying Brick: https://www.youtube.com/watch?v=lORIZ1shRIM

Hello Bill, bless you! You started your brick laying entirely correctly. Always do the corners first,(known as quoins), then you can put a string line between them, level of course and infill very quickly.