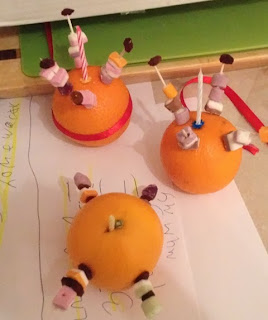 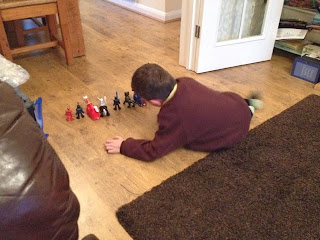 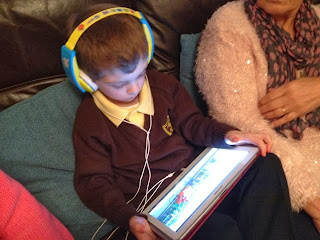 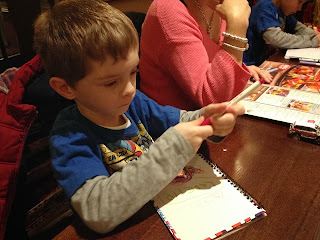 My wife and I had unexpected invitations to a Christingle service for pupils of the school our grandchildren attend. The parish church was packed. I was overjoyed to see and hear so many happy children. Our three grandsons had rehearsed the singing over several weeks, and with the other youngsters they made a joyful noise.


The vicar tried to explain the significance and meaning of Chistingle, which some of the pupils seemed to grasp, despite the intrusive chattering of parents and grandparents. The vicar was not amused with the adults’ irreverence, and he appealed for quiet, but with little effect.


Their teachers were more than glad to part with the children at the end of the service, and the pupils were delighted not to have to return to school.


Back at home they played with their favourite toys, which for two of them included a desktop computer and an iPad!


Another surprise was in store for us, because as we were thinking of heading home, we were invited to have a meal at a nearby pub. This turned out to be a jolly time for all.


The Meaning of Christingle

They are very creative . . . . probably need keeping occupied all the time. Perhaps one of them will be a Yacht designer?

Just opened the heavy box which contains a 4 meter long (13ft) Polytunnel Greenhouse (Boat Building Shed). Going to assemble it on top of a sheet of H/D Tarpaulin which has yet to arrive!

They are very active children who enjoy creating things - a bit like their grandad.

I think you enjoy being creative too!

All the best with your latest project.