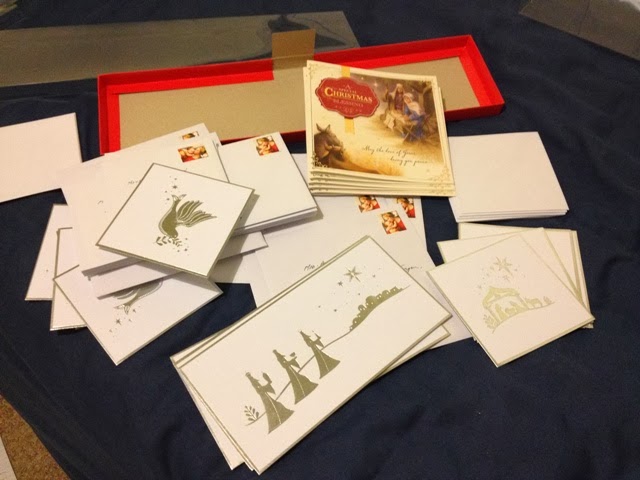 The weather has been lousy, but it’s been a perfect day for catching up on things such as writing Christmas cards, writing letters and making phone calls. The boat didn’t get a look in, and tomorrow I have a feeling it will be the same. There’s just too much going on at this time of year, but I count my many blessings. I have so much to look forward to.


Much of what we see of news on TV and hear on the radio is very depressing: the execution of the North Korean leader, Kim Jong-un; fears of possible conflict between North and South Korea; the Lee Rigby trial; Elisabeth Grillo maintaining she’s the only one telling the truth at the fraud trial involving the Lawsons; gunmen kill 18 oil workers in Iraq; rebel attack kills Syrian civilians in Adra, and so on.


Not all news is bad, for example: the Irish Republic is now on the road to recovery, having met requirements imposed when they accepted a £71 billion bail out; the Ukrainian Court frees nine pro-EU protesters; giant Spanish casino plan abandoned; two men arrested for posting anti-Semitic tweets; massive offshore wind farm plans for turbines off Tiree dropped, following environmental and technical studies; expensive calls to helplines to end, and so on.


The news that outstrips all other news is over two thousand years old and continues to be news today - the good news that Jesus was born on Christmas Day! Why is this good news? It is because He is God’s means of telling the world of His forgiveness and the means whereby men and women, boys and girls can accept His forgiveness.


Nelson Mandela, known as Madiba, will be buried on Sunday, 15th December in his home town of Qunu. The South African nation mourns his departure, but inherits his legacy, the legacy of forgiveness and reconciliation as championed by him. This is but a mere shadow of the forgiveness given by the Saviour, Jesus.


Christmas Day reminds us of the day of perfection when Jesus will come again for His saints – i.e., those who believe and trust in Him.


“And forgive us our depts, as we forgive our deptors.”


“For if you forgive men their trespasses, your heavenly Father will also forgive you.”