There was a cloudless sky as I left Oare Creek at 0600 under motor. A number of yachts were leaving a short time after, bound for Brightlingsea. I was bound for Ramsgate.

Heading to the east, running parallel with North Kent Coast, I kept the engine running, apart from forty five minutes when there was enough wind to achieve 2.5 knots. A large building at Herene Bay was clearly visible to the south.

All in all, the trip to North Foreland was nothing exceptional. The closer we came to North Foreland the faster the tide ran.
Running down the east coast after North Foreland Lighthouse, Broadstairs was soon abeam. The sea was unusually placid which made it easy to prepare for mooring at Ramsgate Marina. My usual practice is to attach bow lines and lead them either side of the boat before deploying fenders on both sides. I keep a stern line handy for when I know to which side the boat will be moored.

Ramsgate Port Control has to authorise entry to the Harbour; when inside, at the entrance of the inner harbour permission to moor must be obtained.

I smartly made my way to the check-in office to pay for a night's stay that included use of the facilities, showers and washroom.

Suitably cleansed and dressed in clean clothing I felt refreshed. Back at the boat, a cup of tea in hand, I set about doing the blog. 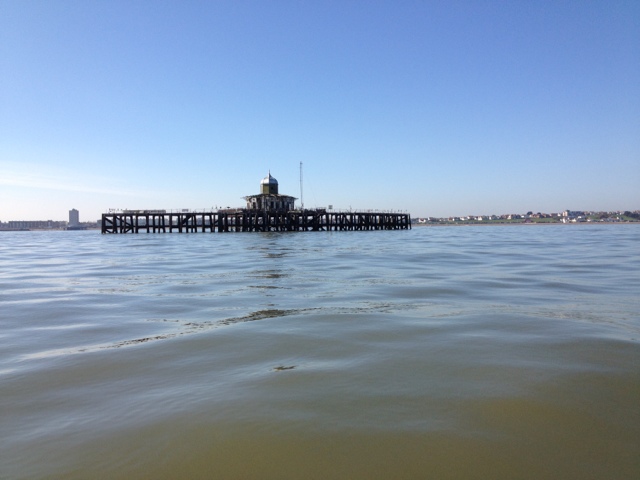 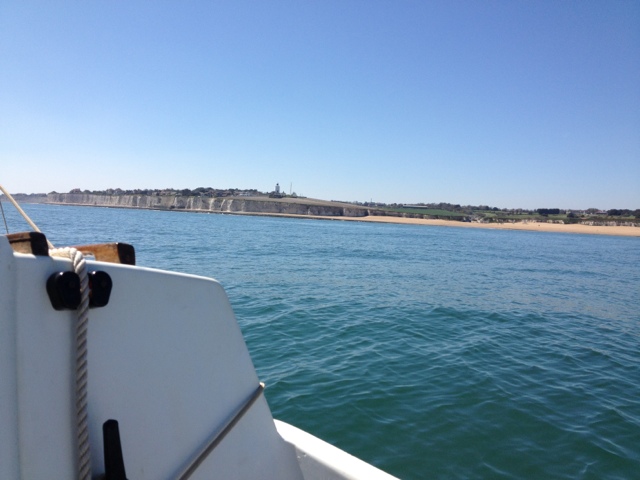 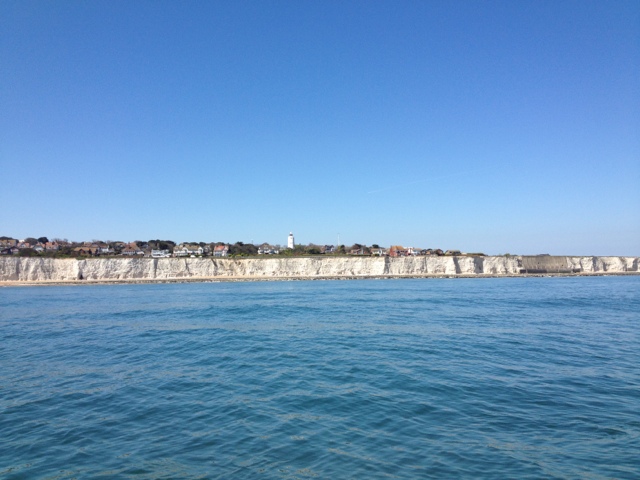 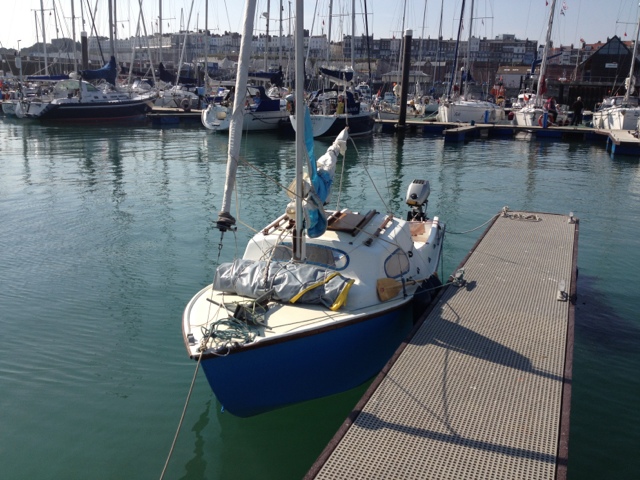 Posted by William Serjeant at 5:46 pm