An early start saw 'Sandpiper' departing from the Western Entrance of Dover Harbour at 05.30. A red sun was rising over the South Breakwater. The flood tide swished us to the West, In the distance to the SW there was a bank of fog. It was almost a dead calm.

My aim was to sail to Sovereign Yacht Harbour a few miles to the East of Eastbourne, in all about 45 nautical miles.

South of Folkestone, light rain made circular patterns on the surface of the sea. Two tiny birds with black heads and black backs tried out-swimming 'Sandpiper'; they couldn't make it and dived. I didn't see them again.

The Hillyard double-ender that overtook us soon after leaving Dover was disappearing in the distance. An orange, fiery haze hovered over the horizon, and the drone of the outboard was sending me to sleep; I resisted slapping my face to keep me awake and did some positive thinking instead.

The tide turned against us long before reaching Dungeness which was not yet visible because of the haze. Normally the huge buildings of the now defunct nuclear power station can be seen from 18 miles.

Down to 1.3 knots rounding the Headland I could see fishermen on the pebble beach.

When to the south of Dungeness the Lydd Firing Range Safety boat drew alongside and advised I should steer a course of 240 degrees or less because there was active firing. The high-speed launch raced off to warn another yacht to keep clear.

The day wore on and the sun broke through. I stripped off the jacket of my waterproofs and donned my sunhat. I had lunch as usual while the Autohelm steered the yacht.

Filling the petrol tank of the Honda 2hp outboard was a bit of a pain. Altogether, before entering Sovereign Yact Harbour I had to do it 14 times.

Finding the waypoint buoy off the Harbour was made more difficult by the glaring sun reflecting off the surface of the water. Sunglasses helped.

Getting into the harbour lock was easy because there was only one other boat there, but shortly before the lock was closed another motor vessel drew in on the port hand side.

After exiting the lock I brought the boat alongside the fuel pontoon, as instructed by the Harbour Master, and I took the opportunity to refill my two cans, each holding 5 litres of unleaded petrol.

In the enclosure of the Harbour it is very peaceful. I should get a good night's sleep. 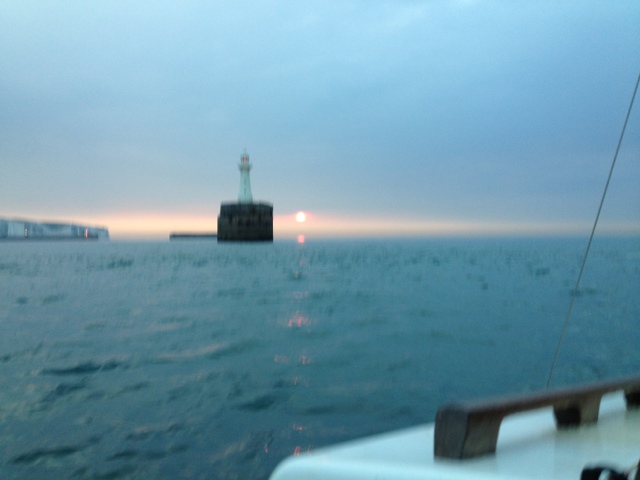 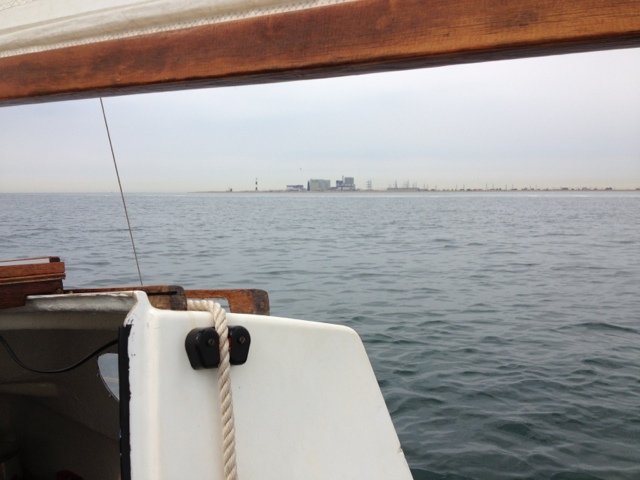 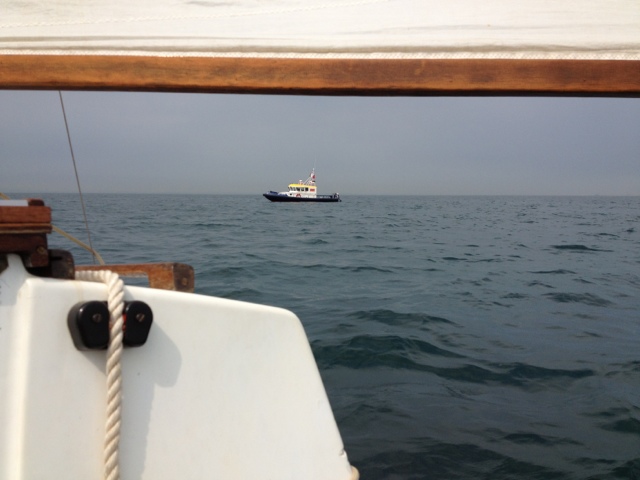 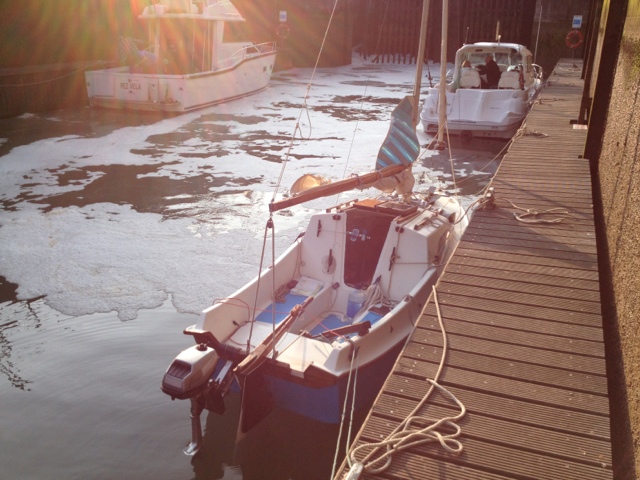 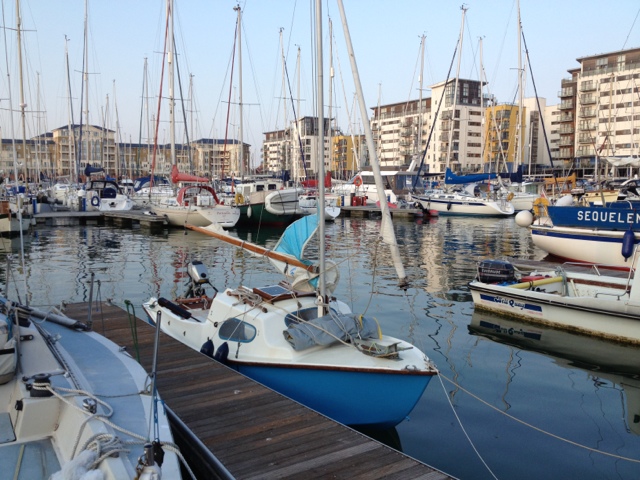